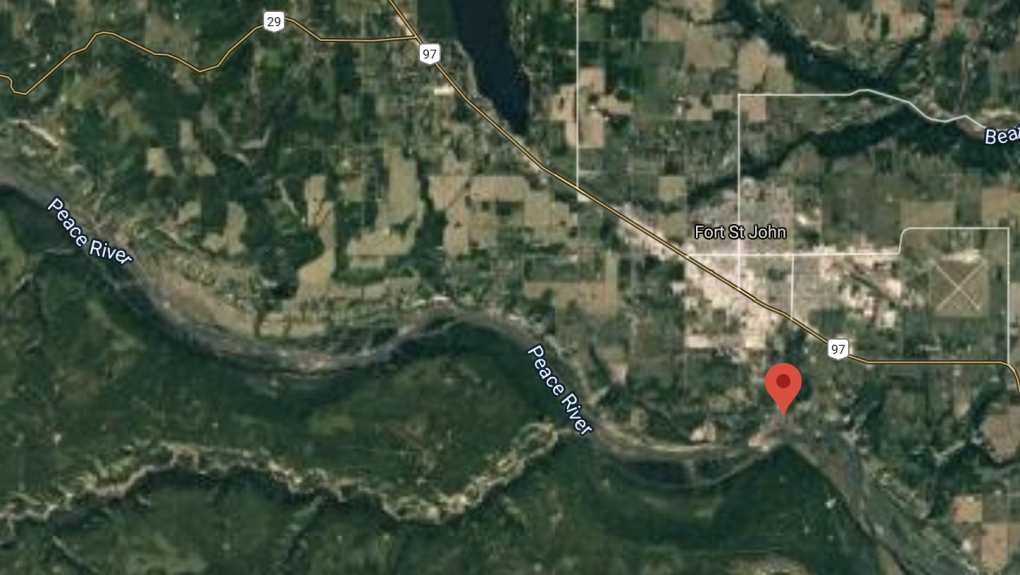 A slow-moving landslide has closed the only road into the small community of Old Fort along British Columbia's Peace River for the second time in less than two years. (Google Maps)

VANCOUVER -- A temporary access road has been built to the northeastern British Columbia community of Old Fort after a slow landslide last month tore out a section of the only road to dozens of homes.

The Ministry of Transportation and Infrastructure says traffic controllers will be in place around the clock to ensure travellers get through safely.

Crews, including geotechnical staff, are also at the site and the province says construction will continue through the weekend to provide a more all-weather road surface.

The slide in June carried a section of Old Fort Road more than 300 metres down the slope following a series of heavy rainstorms, but the Peace River Regional District said conditions had dried out earlier this week.

A large section of the steep hillside above Old Fort slumped in late 2018, which forced the evacuation of the community in the Fort St. John area.

Evacuations were not ordered following the June 18 slide, but an alert was posted and supplies were brought in via the nearby Peace River using an emergency water taxi service that continues to operate.

This report by The Canadian Press was first published July 10, 2020