Taking your dog or cat on a hike? Here's what the BC SPCA wants you to know 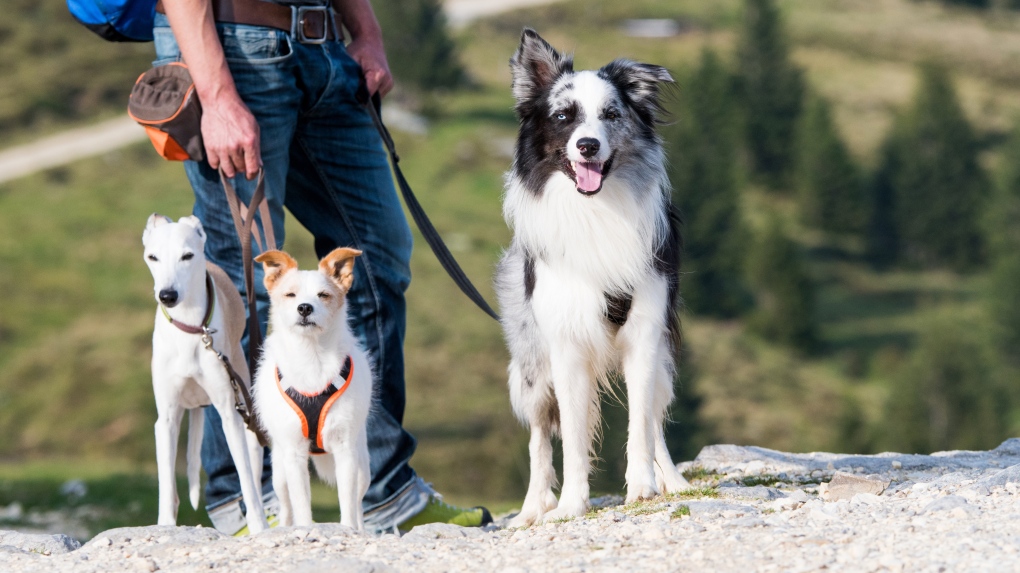 British Columbians excited to take their dog on a local hike this summer are being reminded to prepare for the pets, just as they plan for themselves.

The BC SPCA released a list of tips Thursday for how owners can hit the trails with their pup.

"When you go on a hike you think about what you're going to need to be prepared … you get ready for that hike in various ways," Adrienne McBride, senior director of community animal services with the SPCA, told CTV News Vancouver.

"I think a great way to think about hiking with your dog is to think about the same things that you'd think about for yourself for your dog. So what do they need for the type of hike that you're going on and are they ready for it?"

McBride said first-time hikers usually don't pick the most challenging trail for their first excursion, so that same idea should be applied to pets who've never done a hike before. The pet's physical ability and breed should also be taken into account when picking a trail.

"The trail itself is something that you want to consider. What kind of terrain is it? Is it incredibly vertical and you're actually rock climbing, not hiking? Those are going to be much more difficult for a dog to do than smoother terrain," McBride said, adding that it's important to think about any views or drop-offs along the route.

"Looking out over the vistas is lovely for us, but dogs might not be as aware of the dangers that a ledge presents."

General first aid and insects are also important to keep in mind on a hike, as is wildlife. Keeping pets on the trail and using a bear bell are some steps to take, but it's important to keep an eye on dogs to ensure they don't get in the way of any wildlife, which could lead to a dangerous situation.

But it's not just dog owners who might be interested in taking their pet on a hike. McBride said she's heard of more owners bringing their cat along for an outdoor adventure, adding there are different things to keep in mind than when bringing along a dog. 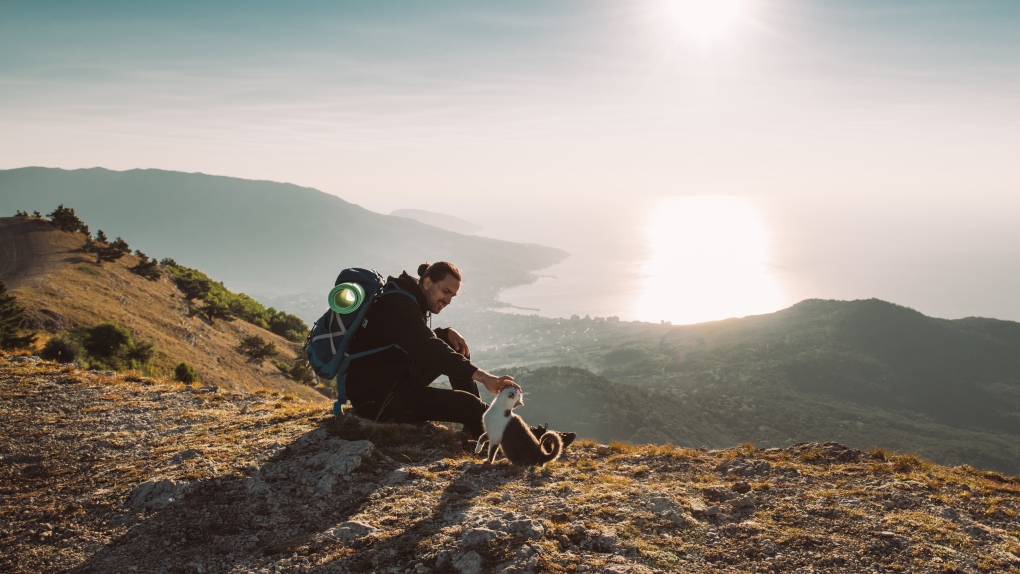 "Taking your cat on a hike is a really interesting and sort of new developing area for lots of cat owners who maybe haven't thought of that as something they can do with their cat previously," she said, explaining it's important to make sure the cat is comfortable with a harness and a leash, because they might not have the same level of recall as dogs do.

"If you have a cat that's scared of their own shadow, then probably taking them on a hike isn't going to be enjoyable for them."

Cat owners should also consider the distance they're going. Since they're smaller than many dogs, they might not be able to go as far. As well, cats aren't as likely as dogs to seek out a natural water source if they're thirsty, which means an owner will need to keep an eye on their hydration.

After preparing for a hike, McBride said taking your pet can be an incredible bonding experience as well as great exercise for them.

"Owners can experience that deeper bond if they have that really fun experience with their pet," she said.