Someone used a sword to steal Magic: The Gathering cards from a B.C. store, police say 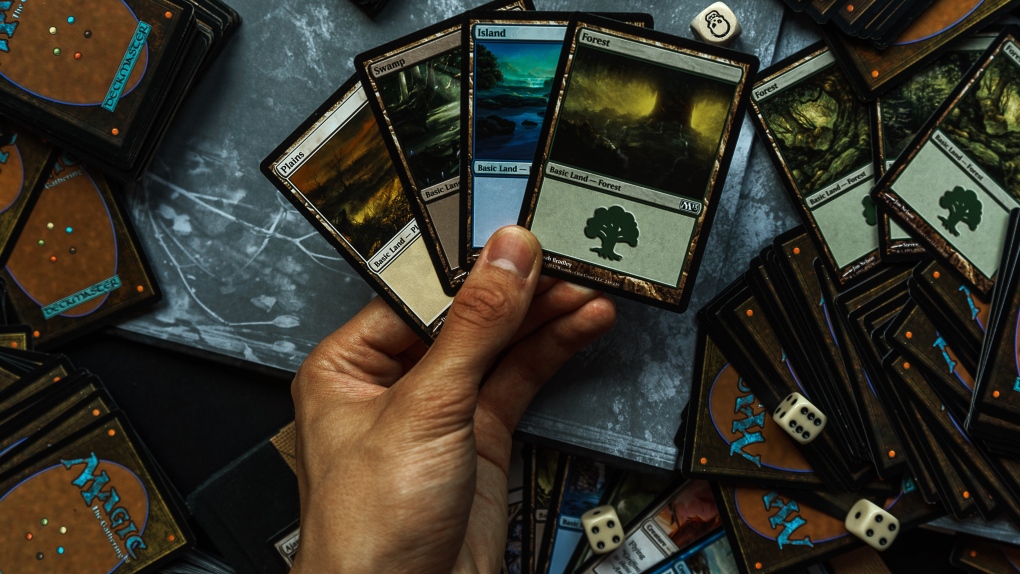 Cards for the game Magic: The Gathering are shown in this file photo. (shutterstock.com)

VANCOUVER -- Police in a Metro Vancouver city are looking for a suspect armed with an unusual but perhaps fitting weapon.

The New Westminster Police Department was called to a games store in the city last week for a reported theft.

It is alleged a man went into the store on Feb. 2, picked up several bundles of cards used in the game Magic: The Gathering, and placed them into a bag.

Police say the man "brandished a curved sword" when confronted by a store employee, then fled the area.

The man involved is said to be white and between the ages of 20 to 40. He had a bandage on his left hand at the time, and was wearing a dark coloured rain jacket with a hood, a dark T-shirt, grey pants and white runners with dark laces.

He was wearing a red-and-yellow face mask with the logo of the superhero The Flash on it at the time, police said in a statement. He was also carrying a blue Costco-brand cooler bag.

Officers say they have security video of the person involved, and ask anyone with more information to contact the department.

Police have not publicly identified the store where the cards were stolen, but based on a Facebook post, it appears the theft occurred at the T&N Games at the Royal City Centre.

The store posted photos of a man fitting the NWPD's description online, writing, "This fine, upstanding citizen shoplifted a number of Magic Bundles then pulled out a machete when questioned by staff."

The store asks anyone who recognizes the man to let its employees know so they can contact police.