'Butter late than never,' RCMP say after suspects charged in theft of cart full of butter 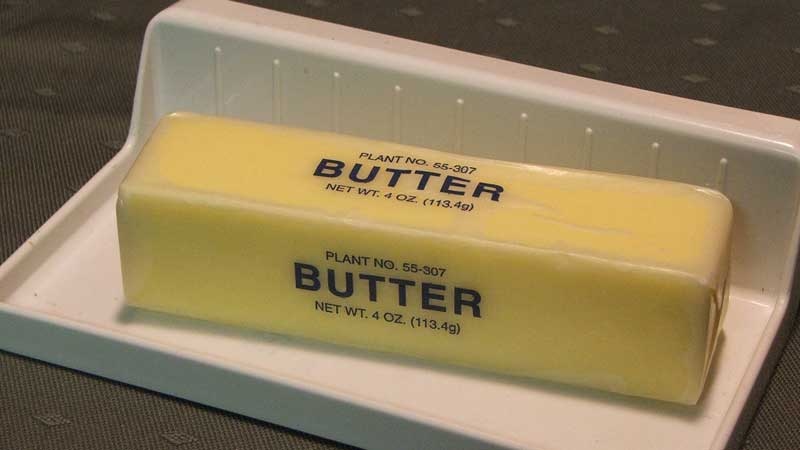 A generic image of butter provided by the Coquitlam RCMP is shown.

The RCMP said two Vancouver men were arrested after a shopping cart full of $1,400 worth of butter was stolen from a supermarket on Lougheed Highway.

One of the suspects was recognized by an employee because he'd stolen butter before, Mounties said.

"He was a bit slippery to catch but you know what they say; butter late than never," Cpl. Michael McLaughlin wrote in a statement.

The strange crime was reported just after 6:30 p.m. Wednesday.

McLaughlin said stealing such a large amount of butter is "a little unusual," but that theft of food products in general is common.

"Things like cheese, meat, and baby formula can easily be sold on the black market. On the other hand, it's possible these suspects were choosing the wrong way to get a head start on their Christmas baking."

McLaughlin said the 23- and 25-year-olds are facing charges of theft under $5,000 after being "caught in the oven of justice." The younger man is also a suspect in three other butter thefts around Metro Vancouver.