Snow in May: Weather statement warns up to 10 cm could fall on 2 B.C. mountain passes 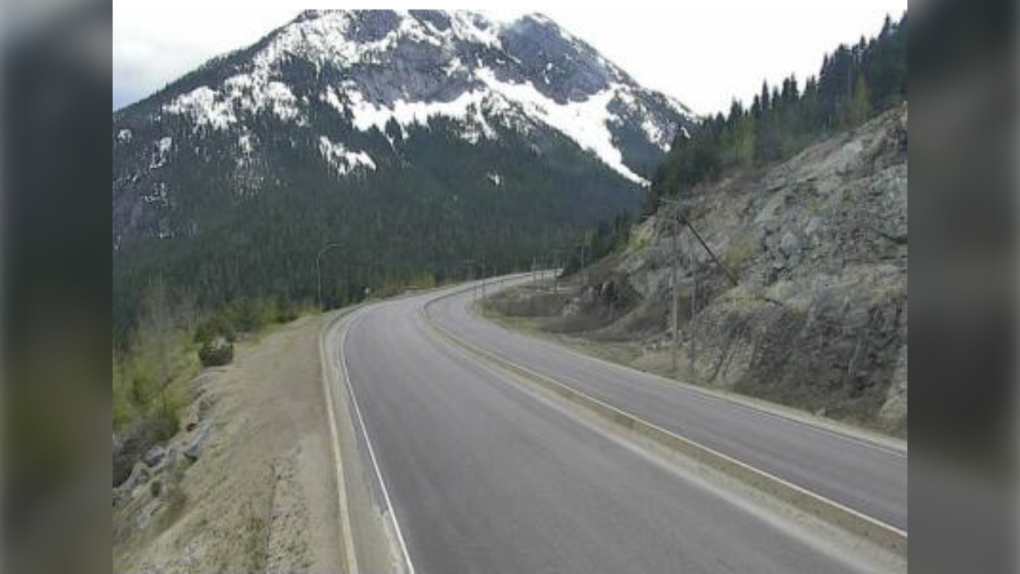 Coquihalla Highway about seven kilometres north of Zopkios brake check in the morning of May 17, 2021.

VANCOUVER -- Summer may be just weeks away, but two mountain passes out of B.C.'s Lower Mainland could see snow in the next few days.

A special weather statement issued by Environment Canada says a cold front is expected to move across southern B.C. Monday night, bringing precipitation to the region.

Snow tires are no longer required on mountain highway passes and high snowfall areas. Those regulations were in place until the end of April.

In Vancouver, Monday and Tuesday are expected to see rain, with temperatures reaching as high as 15 C. There is a risk of thunderstorms, Environment Canada predicts, and it could become windy overnight.

In an effort to stop the spread of COVID-19, non-essential travel isn't permitted outside health regions and road checks have been in place on Highway 5 and Highway 3.

People stopped at these RCMP checks – which are announced publicly ahead of time – will be asked whether their travel is essential. They'll also be asked for their ID, documentation of their name and address. When the road checks are in place, drivers should expect traffic delays, Mounties warned.