Sick pay in B.C.: Residents asked if new program should have 3, 5 or 10 days of leave 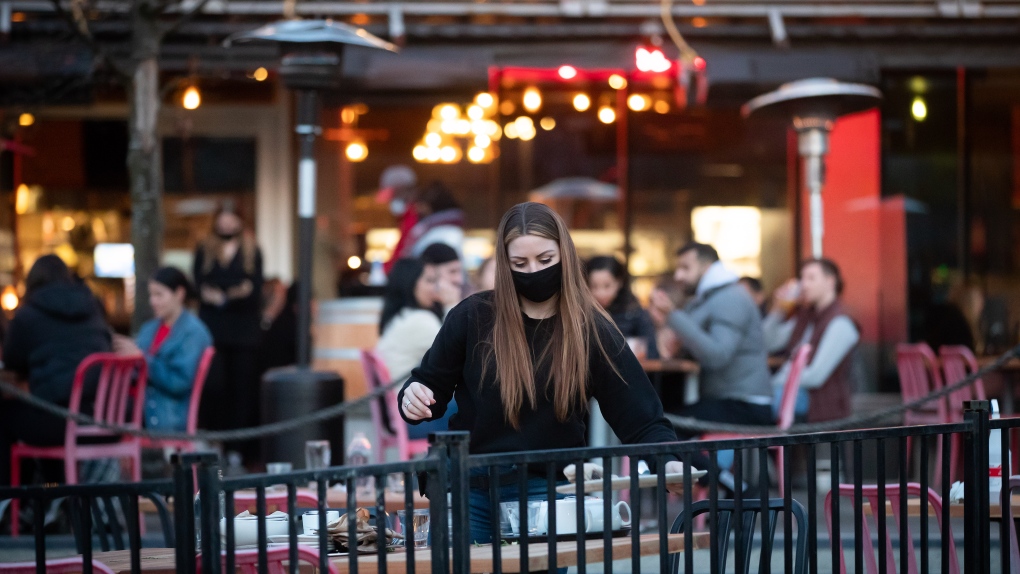 A server clears a table on a patio at a restaurant, in Vancouver, on Friday, April 2, 2021. THE CANADIAN PRESS/Darryl Dyck
Vancouver -

B.C. is just months away from implementing a permanent, province-wide sick pay program and residents have the next few weeks to share their thoughts on the plan.

In May, B.C. announced a temporary COVID-19 sick pay program, offering workers three days of paid leave for circumstances related to the coronavirus. When that was implemented, officials said this would pave the way for a permanent program, which would launch at the start of next year.

Over the summer, workers and employers were surveyed on their thoughts about a permanent program. More than 26,000 surveys were received, the province says.

"One of the most critical lessons from the pandemic has been the importance of people staying home when they are sick," said Minister of Labour Harry Bains in a news release.

"No one should have to choose between going to work sick or losing wages. Paid sick leave is good for businesses, good for workers and good for our communities. We’re asking for input on the next step toward making paid sick leave a permanent reality for British Columbia."

Three options have now been presented to the public and are available for comment until Oct. 25. According to data presented by the province, of the employers that offer paid sick leave to their workers, nearly 45 per cent offer three to five days per year. About a quarter give six to 10 paid sick days.

Those giving their feedback are asked whether they're in favour of three, five and 10 days of employer-paid sick leave. Details on the possible impacts of those options are given along with the survey.