Sea lion with 'horrific injuries' was shot with crossbow on B.C. coast 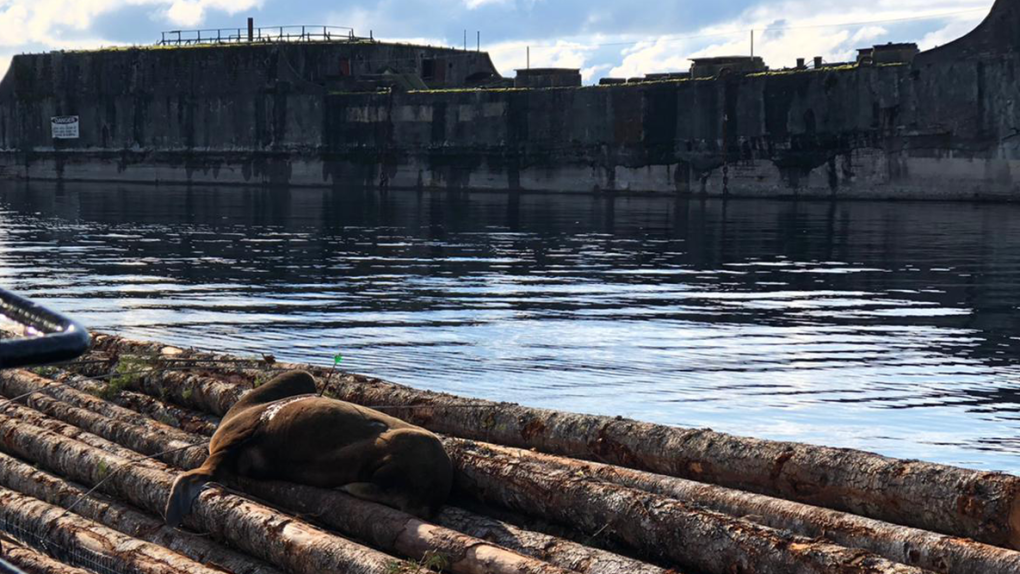 VANCOUVER -- A sea lion found with "horrific injuries" had been shot with a crossbow, a B.C. wildlife rescue group says.

The male California sea lion was found on a log boom at a mill in Powell River with visible wounds. He was emaciated and lethargic, the Vancouver Aquarium Marine Mammal Rescue Centre said in an emailed statement.

Concerned members of the community helped out as rescuers and members of Fisheries and Oceans Canada sedated and removed the sea lion from the area.

"It was truly an epic rescue. There is no other way to describe it," the rescue centre's assistant manager Emily Johnson said in the statement Thursday.

"The co-ordination and community effort to help this animal was amazing. (Boat operator) Archie Kenmuir maneuvered the log bundle and our rescue team expertly to shore. It was an impressive sight and a silver lining to this sad story to see everyone come together to help this sea lion."

The 250-kilogram sea lion, whom the MMRC named "Archie," after the boat operator at Jepson Mobile Booming, was then transported to Vancouver for treatment.

Archie has a massive puncture wound, and is severely dehydrated and underweight, the MMRC said. 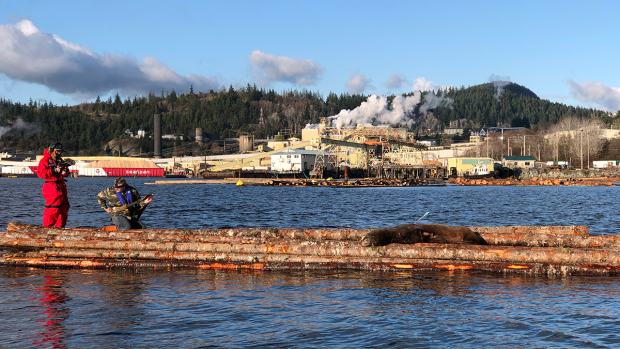 Head veterinarian Martin Haulena estimated it's been weeks since the sea lion was able to hunt.

"It's heartbreaking to find an animal in this state; it's unacceptable to be harming wildlife like this," he said.

Archie is now being treated with antibiotics, fluids and pain medication for the puncture wound caused by the encounter with a crossbow.

He also has abnormalities with his eyes, which the MMRC says could be gunshot wounds.

He's the third sea lion in the last couple of years to be admitted with human-inflicted injuries, the aquarium said.

"Senor Cinco" was found on a Vancouver beach in 2017, blinded by what his rescuers believe was a shooting. The aquarium said the animal, who is since said to be doing well, was shot in the face with a small-calibre gun.

And last year, "Ukee" the Steller sea lion was euthanized after being found in Ucluelet with at least one bullet lodged in his skull. The aquarium's rescue facility tried to save his life, but said he was not responding to treatment.

And the problem is not isolated to B.C. In February, Washington state offered a $20,000 reward for information after finding a dozen sea lions shot dead near Seattle within five months.