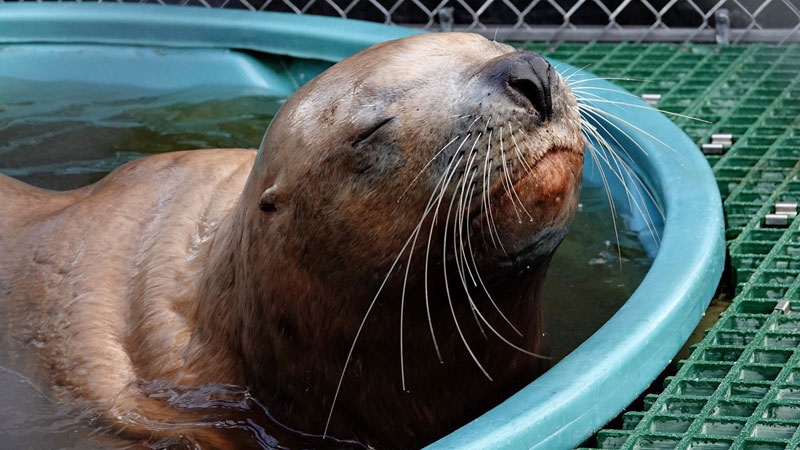 A Steller sea lion rescued by the Vancouver Aquarium earlier this month after being shot in the head has been put down, staff announced Friday.

Ukee was found on a rocky shoreline in Ucluelet on Oct. 11. But after almost two weeks of crucial care, vets at the Marine Mammal Rescue Centre decided to euthanize him.

“He wasn’t responding to treatment, and his condition had taken a significant downturn in the last two days,” Martin Haulena, the aquarium's head veterinarian, said in a statement. “Although we are disappointed we couldn’t return him to full health, we are glad we could end his suffering and make his final days more comfortable. I am so proud of the team for the incredible care they gave him.”

Preliminary exams showed that there was at least one bullet lodged in Ukee's skull and that the animal was blind and wouldn’t be able to live in the wild.

Despite being emaciated, the 10-year-old sea lion was the largest animal ever admitted to the rescue centre. Male Steller sea lions can grow up to 800 kilograms and three-metres long.

But Ukee isn't the only sea lion of his kind to be admitted to the rescue centre under similar circumstances.

Señor Cinco, who was found emaciated from Vancouver's Spanish Banks back in May, had also been blinded by gunshots.

Cinco continues to recover at the aquarium.

Steller sea lions are listed as a "species of concern" under Canada's Species at Risk Act.