Scoring a single-parenting win with the Whitecaps 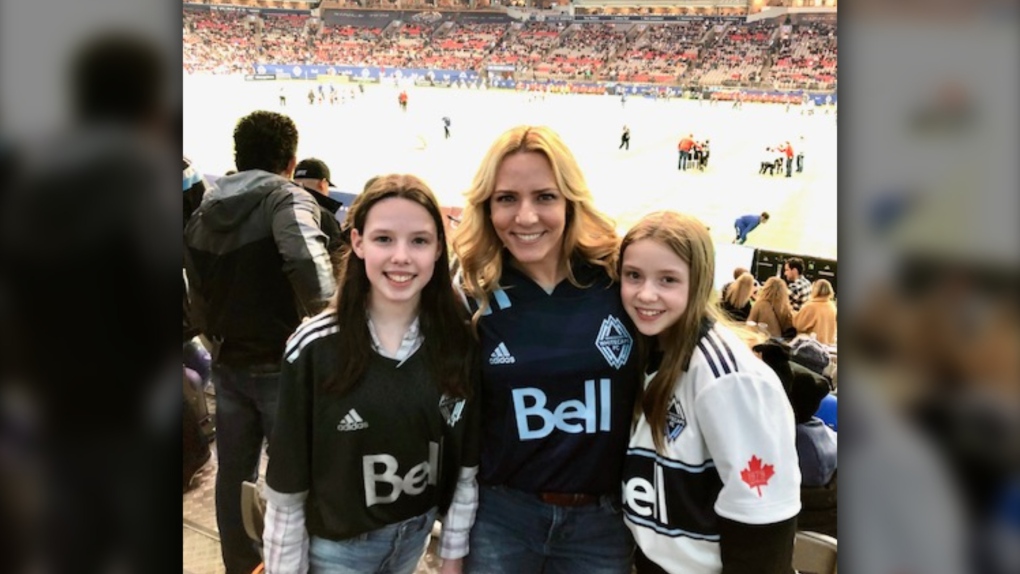 VANCOUVER -- When I told my girls I wanted to take them to the Whitecaps season opener, the look on their faces was one of confusion.

"Why would MOM take us to a Soccer game!?!" After all, it was their sports-loving dad who usually took them to major sporting events. I’d heard them tell the tales many times of the fun, the food, the festivities.

They’d been there, done that.

But I’m not one to limit my experiences with my children, and certainly not for myself.

The last time I recall being with my girls at a Whitecaps game was when they were toddlers, at the temporary Empire field stadium in East Van, while the new roof was being constructed at BC Place. We somehow ended up in the middle of the raucous Southsiders section, and I spent most of my time cleaning up melted ice cream and blocking the kids from crawling over the seats. The game itself, nothing but a blur.

Flash forward nearly a decade, and I was ready to give this another try. 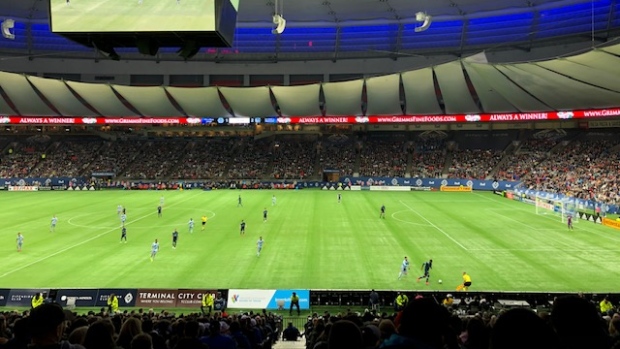 I've never been more engaged in the team. For the last several years, I've had the honour of meeting and speaking with some of the Whitecaps on CTV Morning Live, including most recently head coach Marc Dos Santos and new acquisition striker Lucas Cavallini. We chatted about the teams skills, their goals, their challenges. I want to see where this thing goes.

I've also never been better equipped! I've amassed a small collection of MLS Whitecaps jerseys, sent over to CTV every year from the team. As a BellMedia employee, I’m practically related of the Bell-sponsored Whitecaps FC! So letting my girls "pick their jersey" was the start of what would be a really special night. 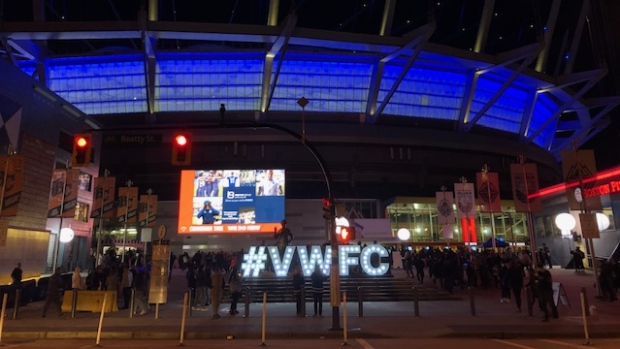 Music was pulsing outside BC Place when we arrived. Inside, i cursed myself for forgetting my Whitecaps scarf. Many fans had them tied "euro-style" around their necks. I was taken aback when my oldest daughter reminded me of the dual-purpose - not only as an accessory, but also a prop to be held up by fans during the game.

The three of us found our seats easily, and settled in. Go Whitecaps Go!

Truth be told, I had visions of forking out hordes of money on souvenirs, food and treats, as a bribe to get my daughters to sit through the first half. I fully expected an early exit from the game in response to complaints of being tired or bored or having the dreaded "stomach ache," which is akin to a figurative parachute and quickly ejects them from any unwanted situation. But to my astonishment, we lasted the whole game on a bag of multi-flavoured gummy bears from the concession, a pompom from the swag shop, and a beer for mom.

Throughout the game, my girls and I chatted about the players, commented on skills, cheered the big moments, and speculated on whether or not "injured" players were just faking it. Unfortunately, my youngest daughter's overwhelming need to pee had us in the ladies washroom at the precise moment the Whitecaps' Jake Nerwinski scored for the home team.

We could hear the fans still cheering as I wiped tears from her face in the concourse. Don't worry, I told her, the Whitecaps will score again. Of course, they didn't, and Sporting Kansas City went on to win the match 3-1. But for me, the night was a single-parenting Victory.