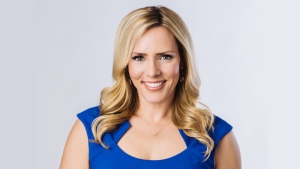 She wakes up early every morning, has a chat on TV about what's happening in our world, and shares a lot of laughs with co-workers. Not a bad gig if you can handle the hours!

Keri loves covering stories that can make a difference in the lives of people in the community, and has worked with many charity organizations to create support for at-risk youth and adults, and promote awareness of women’s health and mental health issues.

Keri began her career on morning television as a news writer in her home town of Edmonton in 1994, before working as a photojournalist in Red Deer, Alta. That led to a high-profile role in Edmonton as weekend anchor, covering breaking news, and elections for all levels of government.

In 2001, Keri headed west to Vancouver where she worked as a reporter and weekend morning news anchor with Global Television (CHAN-TV) before being snapped up by CTV News. She’s anchored newscasts in all timeslots and reported on everything from crime, politics, health, with a love of covering breaking news stories live on the scene.

In 2005, Keri received the Jack Webster Award for Best News Reporting for her work on the fatal North Vancouver Mudslide, and was nominated in 2004 for Best Feature Reporting.