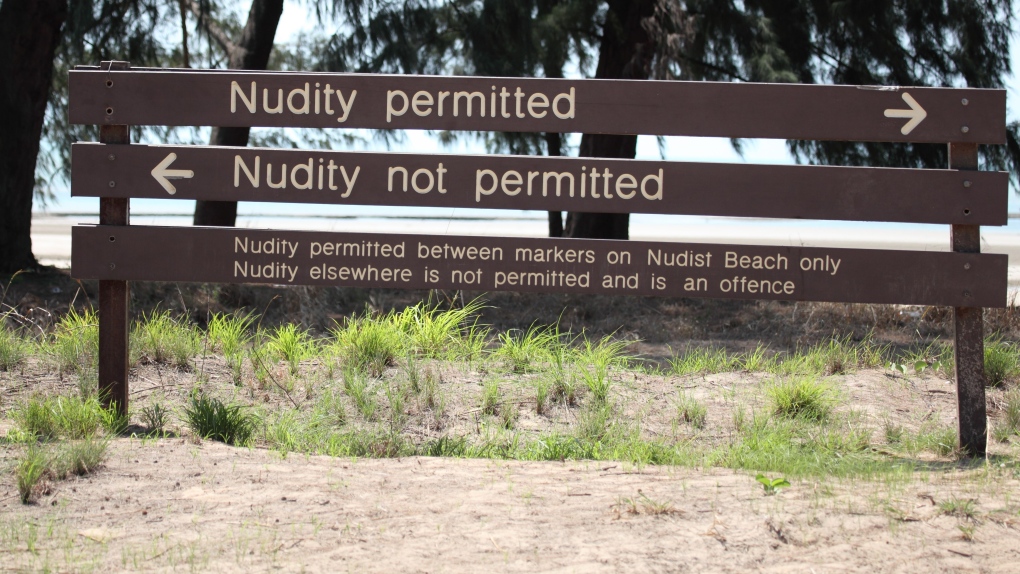 Former Green Party leader Elizabeth May has sponsored a petition calling on the federal government to repeal the Criminal Code's prohibition of public nudity, but she says she has not signed it and doesn’t support it.

The petitioner is identified as James Andrew Porter who lives in May's Vancouver Island riding.

"Nudity is not intrinsically sexual, indecent or obscene," the petition says. "The existing prohibition on public nudity harms society by reinforcing the notion that the human body is inherently shameful."

Other reasons listed for scrapping the offence from the Code include the "significant benefits to physical and mental health" of nudism and the elimination of the pollution caused by laundering clothes.

Being nude "without lawful excuse" has been an offence both in public and on private property and within public view since 1954.

"For the purposes of this section, a person is nude who is so clad as to offend against public decency or order," the Code reads.

However, charging and prosecuting someone for the crime requires the "consent of the Attorney General."

As of Tuesday, the petition had gathered 405 signatures. Of those, 178 were from Ontario and 72 from British Columbia. In both of those provinces, it is already legal for women to be topless in public.

In a statement, May said her sponsorship should not be misconstrued as an endorsement.

Any member of the public can initiate a petition to the House of Commons in an effort to "draw attention to an issue of public interest or concern" that is under the jurisdiction of the federal government and to request action from elected officials, according to an overview on the federal government's website.

However, a member of Parliament is required to authorize its publication.

"MPs are expected to sponsor or present any petition approved by the Parliamentary officers as allowable. Presenting a petition does not mean the MP supports the petition," May explained.

If 500 electronic signatures are received, the petition is certified and presented to Parliament and the government has 45 days to table a response.