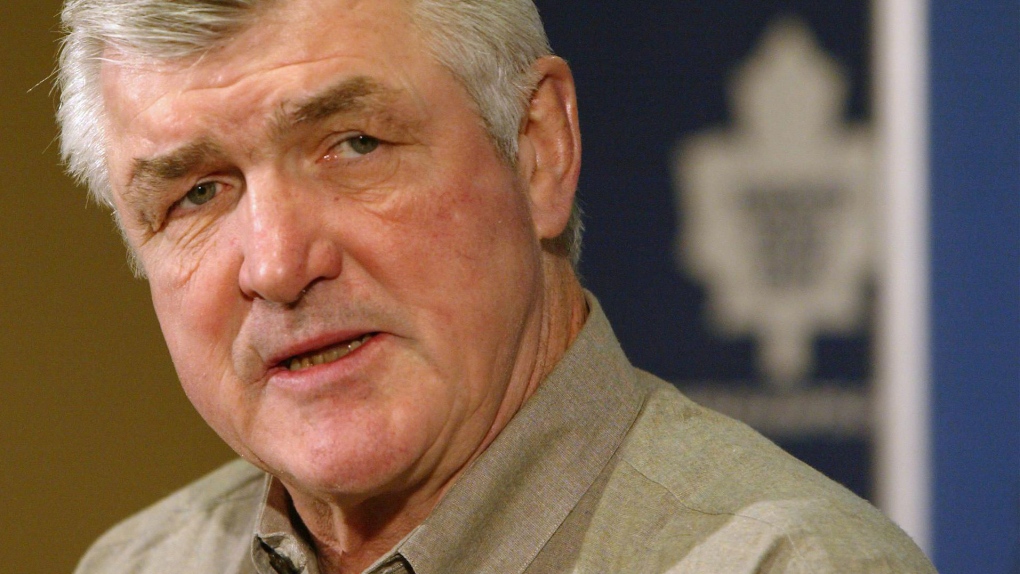 Hockey legend Pat Quinn could soon be given a special honour in downtown Vancouver.

City council is considering a proposal to rename Abbott Street to “Pat Quinn Way” for a one-block stretch in front of Rogers Arena.

A staff report said Quinn’s family has already approved of the plan, which radio host Tom Mayenknecht came up with after the former Canucks coach and general manager died in November.

The renaming would help recognize Quinn’s “significant contributions to Vancouver,” the report said.

Quinn, who coached more than 1,400 games with five NHL teams and also once served as the Canucks’ team president, was instrumental in moving the Canucks from Pacific Coliseum to what’s now Rogers Arena.

He died at Vancouver General Hospital Nov. 23 after battling an undisclosed illness.

Council is set to discuss the plan on March 4.