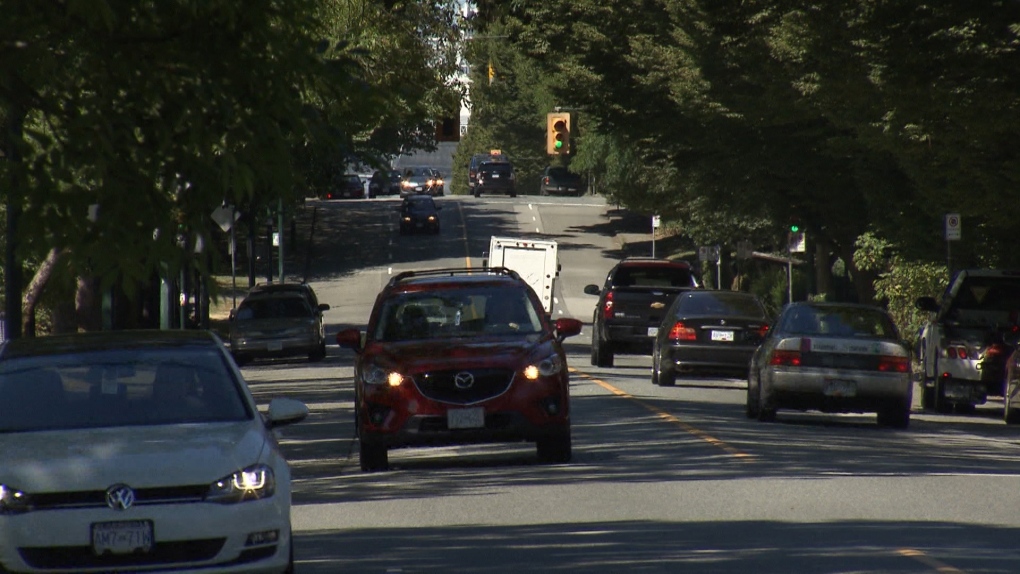 VANCOUVER -- Starting on Monday, one of Strathcona's busiest streets will be slower and have fewer traffic lanes open in an effort to make it safer.

Prior Street is set to become the primary route connecting East Vancouver with downtown after the Georgia and Dunsmuir viaducts are removed, but the city has committed to try to make it safer after numerous complaints from residents.

During a one-year pilot project, Prior Street will have just one travel lane open between Gore and Raymur Avenues throughout the entire day. Previously, two lanes in each direction were open during peak periods.

The city is also dropping the speed limit down to 30 km/h on the part of Prior Street that is adjacent to Strathcona Park, between Raymur and Hawkes Avenues.

Drivers travelling along Prior Street – which becomes Venables Street after it crosses Raymur Avenue – may experience delays during the pilot, according to the city.

City staff will be monitoring whether drivers cut through residential side streets in order to avoid the changed arterial. Staff will also be checking traffic speeds, truck route traffic and access to nearby businesses.

In a Sept. 24, 2019 staff report, the general manager of engineering, Lon LaClaire, wrote that at council's direction, engineering staff had explored alternate arterial routes that would allow Prior Street to be downgraded.

But after five years of study, staff were not able to find an alternate route that was "both supported by the community and that would not place an undue fiscal burden on the city."

On Oct. 2, councillors voted yes on a plan to develop a Prior/Venables Street underpass, to help separate the roadway from railway tracks and expand rail capacity between the port and the False Creek Flats railyard.