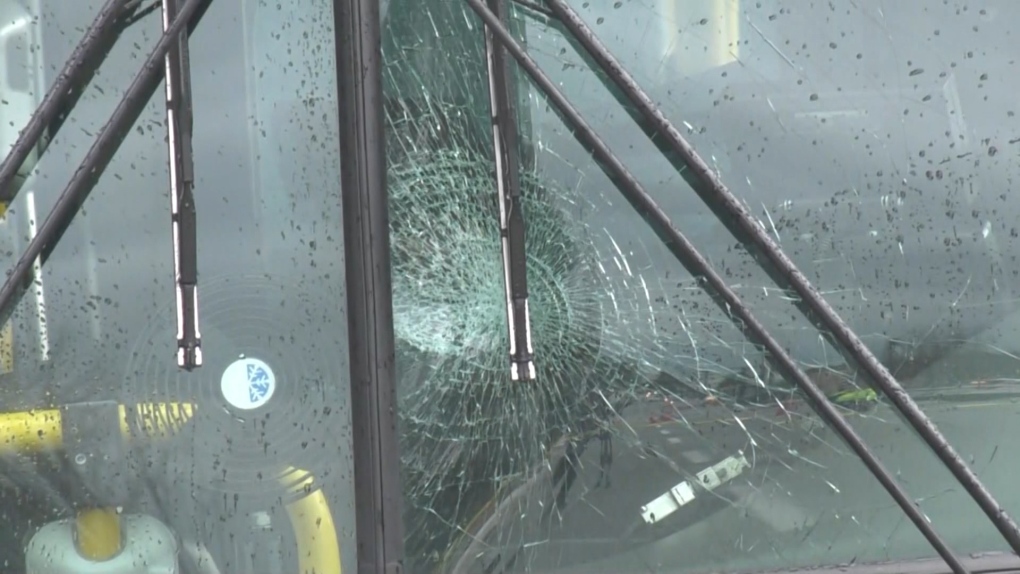 VANCOUVER -- An 82-year-old man is in hospital with serious injuries after he was hit by a transit bus in Burnaby, Mounties said.

The crash happened Monday morning around 6:20 a.m. near Imperial Street and Royal Oak Avenue. The windshield of the bus was badly damaged, and RCMP officers were on scene for several hours taking photos.

TransLink said a Coast Mountain Bus Company vehicle was involved in the incident, but it was not in service at the time so no passengers were on board.

"While the circumstances of what led up to the collision are still under investigation, it is believed that the pedestrian was not in a marked crosswalk when he was struck," Mounties said in a statement.

Burnaby RCMP are asking anyone who witnessed the crash or has dash cam video from the area to contact them at 604-646-9999 or Crime Stoppers at 1-800-222-TIPS, if they wish to remain anonymous.

"Police are also asking that pedestrians please ensure they are visible, particularly in the early morning and late evening," Mounties said in the statement. "In addition, please use marked crosswalks and ensure that you have made eye contact with drivers prior to entering the roadway."