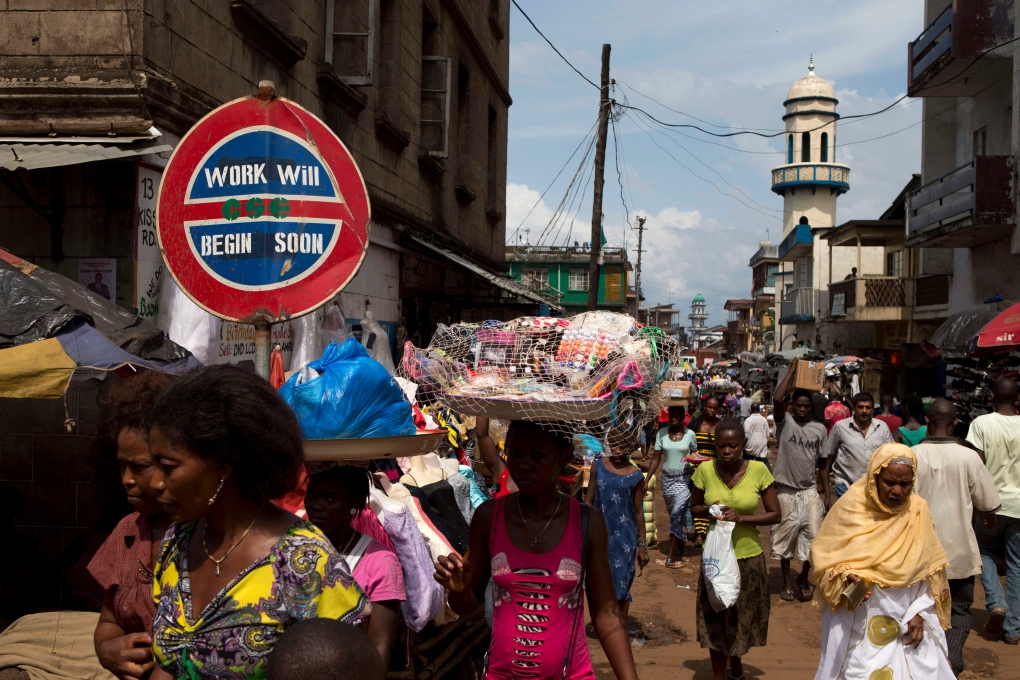 TORONTO -- “When lost or isolated by military action or weather, never lose the will to live.” Now there’s a sentence you don’t often see in a training manual.

But when you’re training people to travel into some of the most troubled regions on earth, you follow the adage of hoping for the best while preparing for the worst. At best, a trip to Sierra Leone will be full of inspiration and wonder. With hills covered in tropical rainforest rising out the Atlantic, exotic wildlife and hundreds of kilometres of white sand beaches many Westerners might recognize as the backdrop for 1980s-era Bounty chocolate bar commercials, there is an abundance of natural beauty.

Then there are the people, renowned for their hospitality and a tolerance for different cultures that dates back to the early 19th Century when the capital city of Freetown was established as a place of refuge for liberated slaves from across the African continent. At worst, the experience will be full of hardship and heartache. With almost no paved roads, few reliable sources of fresh water and a virtually non-existent electrical power grid, Sierra Leone is not an easy place to visit. And of course there is the poverty. How can any Canadian prepare for the sight of a homeless child or an amputee begging on a street corner? How can a Canadian comprehend the legacies of an eleven-year civil war that claimed 50-thousand lives from a population of less than six million and only ended in 2002?

Perhaps the best training method of all is to take the example of the people themselves. There’s no doubt they know a thing or two about holding on to the will to live. Just look at what happened back in November of 2012. A stunningly high voter turnout percentage that topped 75 percent (verified by international observers) in national elections was a triumph by any measure, let alone for a new democracy. Local journalists could also take a bow for that remarkable declaration of freedom; they’d worked hard to engage their audiences in the issues and encourage them to take an active role in their country’s future. With that momentum behind them, many of these journalists are signing up for training with Journalists for Human Rights, and this is where CTV News hopes to make a difference with this partnership, because broadcast journalism is what CTV does best and broadcasting is far and away the number one medium by which the people of Sierra Leone stay informed.

Fewer than half the population can read and those who can are rarely able to afford the price of a daily newspaper. Communal televisions and radios keep millions up-to-date on what’s happening in their communities, so our plan is to train as many local broadcast journalists as we can in the most effective techniques of our craft, techniques like using the voices of compelling central characters in stories to demonstrate the impact of important issues and chasing hard hitting interviews with leaders who need to be held accountable and asking them tough, well-researched questions in front of a microphone. As we like to say in our business, “Comfort the afflicted and afflict the comfortable.” It makes so much sense, I think, to move away from an almost colonial model of reporting in the developing world, a model where reporters from rich countries fly in, file a few stories to their audiences back home, and then high tail it out of there. Instead, we want to help the people of these countries learn to tell their own stories with a primary focus on human rights.

First, I have to get there, and that has taken a lot of planning. The list of vaccines I’ve had injected into my arms is a history of the world’s nastiest infectious diseases. Yellow Fever, Cholera, Hepatitis, and those are just the shots. Then there are the oral medications I’ll take just before arrival, including one for Malaria that brought the pharmacist out from behind the counter with a warning to prepare for “vivid dreams.” Preparing for several weeks without reliable electricity or clean water is also tricky, so I’m treating it like a camping expedition, bringing plenty of batteries and chlorine tablets.

Still, I think it will all be worth it. The best part of the planning has been the e-mail introductions to some of the journalists with whom I’ll be working. A woman named Aissata, who reports out of a small radio station in the north of the country near the Guinea border tells me, “I do human rights stories, wife beating, early marriage, girls dropping out of school and teenage pregnancy.” It’s clear already, that while I may be able to pass along a few tricks of the trade while I’m in Sierra Leone, the reporters there will be teaching me more about perseverance and courage than I ever could have imagined.