Pedestrian killed, another taken to hospital after serious crash on Lougheed Highway: RCMP 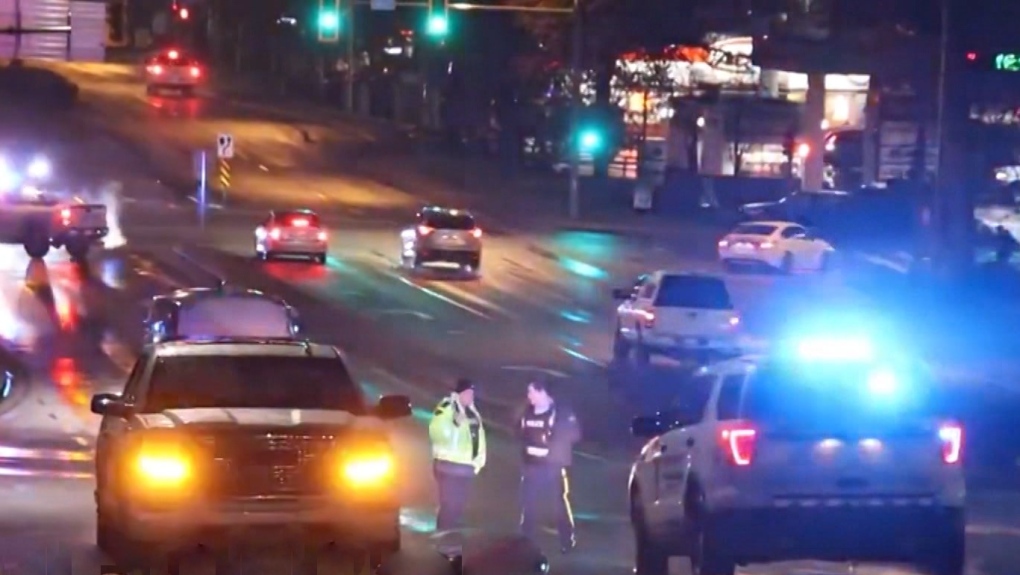 One woman has died and a man was taken to hospital after a serious crash in Mission, local Mounties say.

According to the RCMP the crash happened just after 6 p.m. Tuesday on Lougheed Highway near Highway 11. Mounties say two pedestrians were struck when a truck turned a corner at the intersection.

Police say the two weren't in a crosswalk when they were hit.

"Medical assistance was provided to both and unfortunately, as a result of the collision, the female pedestrian died at the scene," the Mission RCMP said in a news release Wednesday.

The extent of the man's injuries was still unknown as of 2:30 p.m., police said.

The driver remained at the scene and has been co-operating with police, who say alcohol, drugs and speed aren't factors.

The westbound side of Lougheed Highway was temporarily closed near the Cedar Valley Connector, but it has since reopened.

Police ask anyone who was passing by the area at the time and saw the crash or has dash-cam video to contact them through the Mission RCMP's non-emergency line.

Earlier in the fall, B.C. RCMP and ICBC issued warnings about the annual rise in crashes involving pedestrians as the weather changes and daylight hours decrease.

"Distracted driving and failing to stop for pedestrians at intersections are far too frequent reasons for crashes with pedestrians. And pedestrians need to be careful, visible and aware."

According to ICBC, nearly half of all pedestrian deaths happen between October and January. ICBC also says crashes involving pedestrians tend to be highest between 3 p.m. and 6 p.m., when commuters are heading home.

Former laboratory technologists in Iqaluit say not receiving a bonus given to Nunavut nursing staff led them to resign after years of burnout and a lack of support.

Canada Post workers ordered to wear issued masks only, some wealthy Canadians want the rich to pay their fair share, and a Canadian space pioneer marks her groundbreaking journey. Here's what you need to know today.