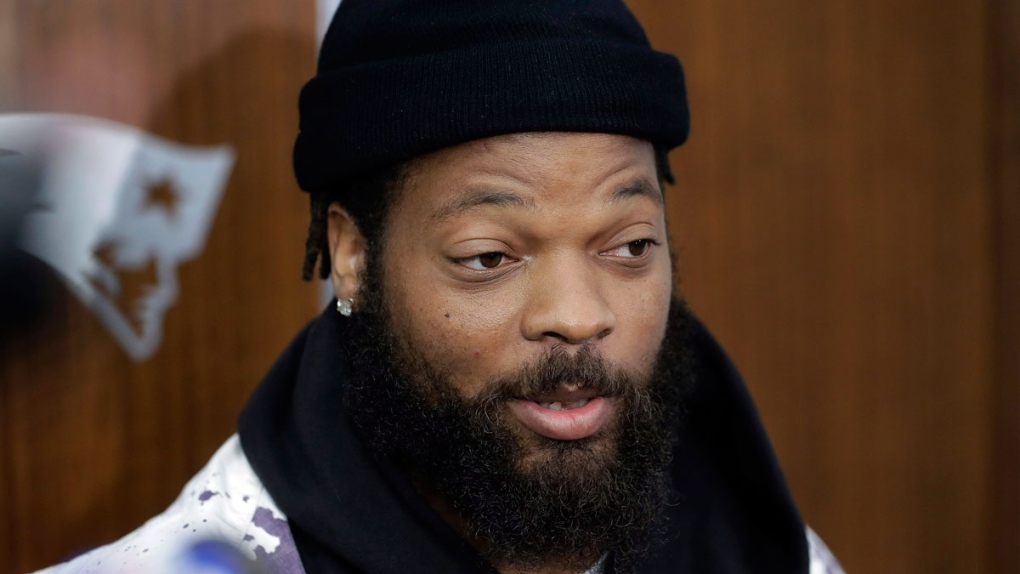 FOXBOROUGH, Mass. - Patriots defensive end Michael Bennett is back with the team after serving a one-game suspension for what he said was a "philosophical disagreement" with defensive line coach Bret Bielema.

But whether the suspension will improve his standing on a defence in which he's seen his playing time diminish throughout the season is still an open question.

Bennett was reinstated by the Patriots on Tuesday after sitting out New England's 33-0 win over the New York Jets on Monday night. He returned to practice Wednesday.

Speaking with reporters in the locker room afterward, he said he didn't have any big takeaways from the suspension.

"I didn't take away nothing," he said. "I got suspended, lost money. What am I supposed to take away from that? There is no love lost. It's just what it is."

Coach Bill Belichick was equally coy about the impact of the suspension.

"We've moved past a lot of things this year. We're onto the Browns," he said, alluding to the Patriots matchup with Cleveland this Sunday.

Asked if he felt as if he was still on good terms with the coaching staff, Bennett said only, "You have to ask them."

One of the reasons could be that for one of the first times in his career, the 33-year-old veteran is struggling to find a defined role on a defence that currently tops the NFL in several categories.

Bennett began the season by playing in 55 per cent of the defensive snaps (37 plays) in the Patriots' season-opening win over Pittsburgh.

But his playing time has steadily decreased since then, falling to just 11 snaps (22 per cent) against the Giants in Week 6.

Part of the reason is the Patriots have adjusted from a 4-3 base defence, which Bennett excelled in as an edge rusher during his time with Seattle and Philadelphia, to a 3-4 defence in which he is being asked to rush from the inside.

As a result, his production has suffered.

Last season with the Eagles he had nine sacks, 30 quarterback hits and 34 tackles, including 15 for a loss.

It's one of the big reasons why the Patriots traded a fifth-round draft pick in 2020 to Philadelphia in March for Bennett, whom they hoped could fill the void left when Trey Flowers departed in free agency. New England underscored its faith in Bennett by giving him a reworked, two-year contract that would be worth as much as $16.75 million.

But in his six games with the Patriots he has only 2 1/2 sacks, four quarterback hits and five tackles (three for a loss).

He said he doesn't think it's been hard to be himself in New England but acknowledged that not being on the field as much as he has in the past has affected him.

That lack of usage has fueled speculation that the Patriots could trade him prior to the deadline on Oct. 29.

"That's up to them and how they feel about it," Bennett said. "I like playing here."

As far as what he plans to do to improve his standing before then, Bennett said he can only be himself.

"Can't really bite your tongue," he said. "Everybody else in the league says what they feel. I just say how I feel and move on from there. We're just all human. We all go through our own situations. You can have conversations and move on from it. That's how I feel about it."