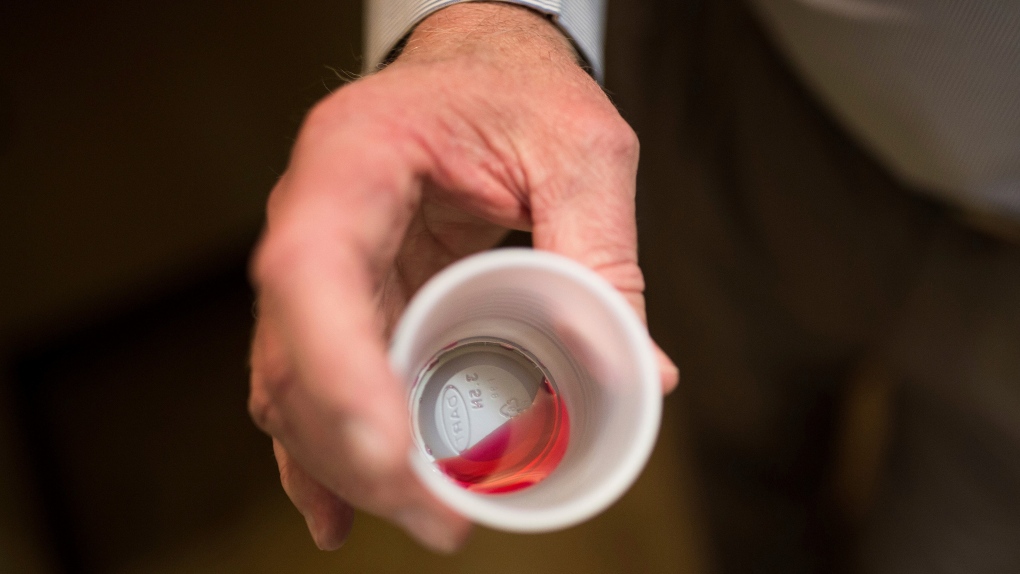 Daminda Jayakody Mudiyanselage received the six-month suspension from the B.C. College of Nurses and Midwives in May, but it relates to actions dating back to September of last year.

Documents posted online by the college say Jayakody Mudiyanselage is alleged to have administered methadone to the wrong patient. Methadone is a synthetic opioid that can be used to treat chronic pain or addiction to drugs like heroin.

According to the Centre for Addiction and Mental Health, its effects can last as long as 36 hours, and its side effects may include constipation, sweating, dry mouth, drowsiness, nausea and light-headedness, among others.

As with other opioids, there is a risk of overdose, especially when medications are mixed.

In addition to giving someone methadone by mistake, the complaint against Jayakody Mudiyanselage said the registered nurse failed not only to document his error but also to correct it, let his colleagues know or even intervene while the patient was in medical distress.

The hearing also addressed a claim that Jayakody Mudiyanselage failed to give the methadone to the right patient, and that that went undocumented as well.

In December, the panel determined that Jayakody Mudiyanselage had breached the college's responsibility and ethical practice standards, among other codes, and that his actions outlined in all the allegations amounted to professional misconduct.

So in May, a panel from the BCCNM met to consider an appropriate penalty. During that hearing, it considered factors including potential for remediation, the impact of the penalty and the need for general deterrence.

It also looked to the nurse's history for guidance. The panel wrote that the nurse was the subject of a consent agreement three years ago, following two complaints made in 2018. Over a period of several months, the nurse made "numerous medication and documentation errors, and falsified a medication record," the BCCMM panel said.

At that point, he consented to remedial education, met with a consultant and came back to work after two weeks with some limitations on his practice.

"The parties submitted that the misconduct found by the panel in this matter can be considered as being similar; the respondent made documentation errors involving narcotics," a summary of the case reads.

The college said to the panel that the repetition of behaviour suggests he wasn't adequately penalized last time.

So this time around, he was given a six-month suspension, though this is considered to have been served, because he's been on non-practising registration status for some time.

Both Jayakody Mudiyanselage and the college had suggested the six-month suspension, and although the panel noted it felt that period was "on the light side for an appropriate penalty," the panel still went along with it.

Also jointly submitted were a reprimand, remedial education and limits when he comes back to work, the panel said, all of which were agreed to.

His penalty also includes several conditions he'll need to meet before coming back to work, including training programs about legal liability and professional ethics.

He's been told he'll also have to develop a personal learning plan, and he'll remain under supervision for at least a year.

In addition to those conditions, he's been given two years to pay the college $21,153.60 for costs and disbursements.

With a death toll nearing three dozen, rescuers searched on Saturday for survivors among the Florida homes ruined by Hurricane Ian, while authorities in South Carolina began assessing damage from the powerful storm's strike there as stunned residents began the painstaking task of surveying their losses.