'Out of control' wildfire leads to lane closure on Coquihalla Highway 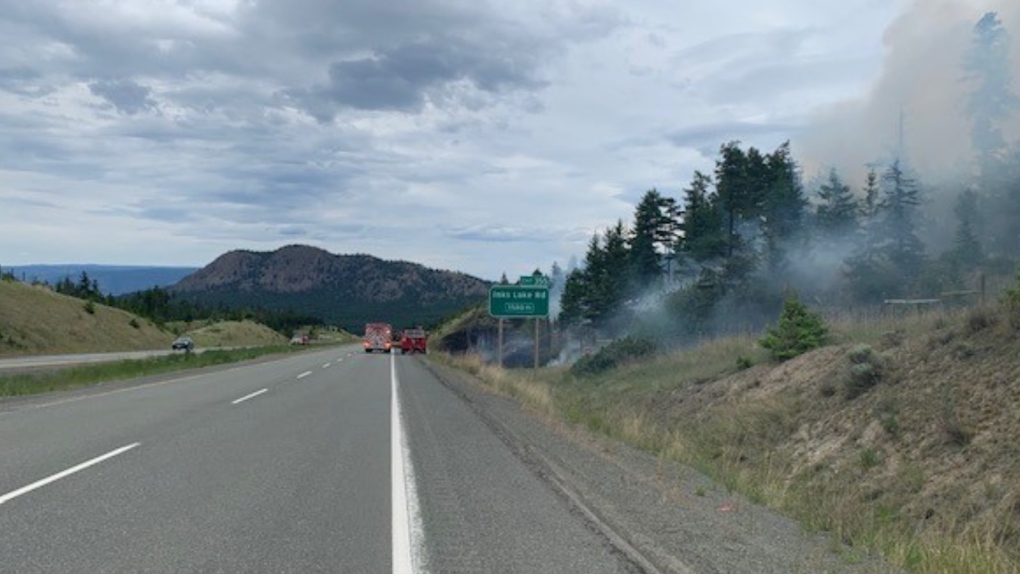 A small wildfire burned beside the Coquihalla Highway on June 23, 2021. (BC Transportation/Twitter)

VANCOUVER -- A small, out-of-control wildfire burning along the Coquihalla Highway near Kamloops led to a lane closure Wednesday afternoon.

According to BC Wildfire Service, the blaze is about 11 kilometres southwest of Kamloops and is burning along Highway 5.

While the blaze is classified as "out of control," the fire service said shortly after 2 p.m. that it's only about half a hectare in size.

#BCWildfire is responding to a wildfire (K20881) approx 11 km SW of #Kamloops, adjacent to #BCHwy5. The fire is 0.5 ha and classified as 'Out of Control'. 10 BCWS personnel are on site along with @KamFire. Smoke is visible, but but there is no impact to the highway at this time. pic.twitter.com/Yf4oZAin8n

Ten BC Wildfire Service members were on scene along with Kamloops Fire Rescue.

Smoke could be seen from the highway and Drive BC said at about 1:30 p.m. that one northbound lane was closed.

There's a small fire on the east side of the #Coquihalla between Chuwhels Mountain Rd and Inks Lake Rd, which has a northbound lane closed. @KamFire is on site and @DriveBC is providing updates: https://t.co/9QEaLN3T4K#BCHwy5 #Kamloops pic.twitter.com/pBiZB5QWUi

Temperatures in the area are expected to reach as high as 32 C Wednesday and wind is expected throughout the afternoon.