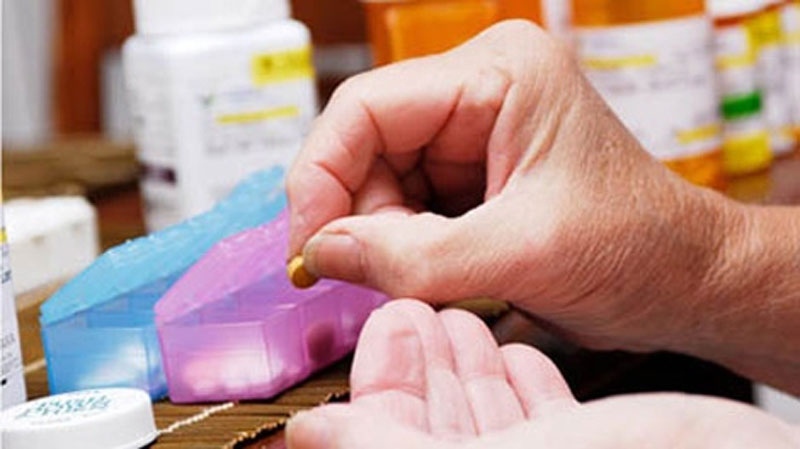 Samples of some of the hundreds of thousands of pills sent by mail but seized by Canada Border Agency Officials were on display in Vancouver Thursday afternoon.

The presentation followed the end of Operation Pangea V, an international investigation co-ordinated by Interpol that spanned 100 countries and ran between Sept. 25 to Oct. 2.

"These products are dangerous," said Heather Ardiel, chief of operations for the border agency at the Vancouver International Mail Centre.

"Taking prescription medications without proper medical advice may pose serious health risks and in some cases even be fatal."

Two more files are active and investigators are also examining 4,000 websites, he said.

Ardiel said Asia was the primary source of the medications.

She said consumers can't be sure the medications are genuine and safe because there are no assurances of quality control, as there are when buying through a Canadian pharmacy.

Ardiel said Health Canada has advised the agency that among the ingredients in many of the products were undisclosed pharmaceutical medicines and dangerous chemicals.

Pills seized in Operation Pangea V originated in 18 countries, said Pound, but the operations are international in scope.

Production labs are often located in Third World countries, with individuals known as transporters importing the products into Canada before they are distributed.

"When you're dealing with large-volume distribution of these things strictly driven by profit, I think that's when we're saying this is an organized crime group," he said.

"They then generate these profits through the sales of the counterfeit pharmaceuticals, the illicit medicines. They turn around and reinvest that money into other criminal activity."

Ardiel said while agents have seized hundreds of smaller packages of counterfeit drugs, many of the parcels contain thousands of dosages. She said the largest interception in Vancouver contained 8,000 doses.

When packages contain thousands of doses, those doses are meant for commercial purposes, she said.

"I would like to ensure you that the CBSA will continue our vigilance in interdicting these dangerous products," she said.

"We will continue to work with the RCMP and Health Canada to protect the health and safety of all Canadians."