Police are marking the anniversary of a brazen public shooting that killed two people, including an innocent teenager, by releasing new details on the case.

Coquitlam high schooler Alfred Wong was in the backseat of his family's car on the evening of Jan. 13, 2018 when he was caught in the crossfire of a reckless gunfight on Broadway.

Wong was killed, as was Kevin Whiteside, a 23-year-old Vancouver resident who was known to police.

Authorities initially believed Whiteside was the intended target of the shooting, but on Friday, Sgt. Mike Heard revealed they now believe he instigated the deadly violence.

Heard said Whiteside was in the area to kill Matthew Navas-Rivas, a 28-year-old who was out with a woman at Indochine restaurant.

"As Matthew and his companion left the restaurant, Kevin Whiteside shot at Navas-Rivas," Heard said. "At the same time, a second, unidentified person opened fire."

Navas-Rivas wasn't injured, but was murdered in another shooting months later near an East Vancouver elementary school. A separate investigation into his killing is still ongoing.

Heard said investigators have been working tirelessly over the last year, but still can't confirm whether the bullet that killed Wong came from Whiteside's gun or the second shooter's.

Authorities also revealed they seized a red Pontiac Montana they believe was involved in the incident, but have not had any luck tracking down the owners.

"The people who are associated with the vehicle, we are still looking to speak with," Heard said. 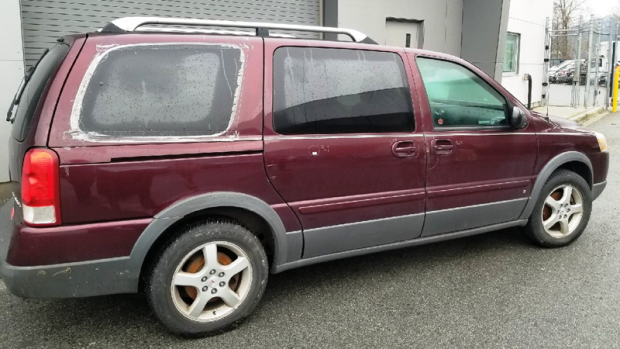 Vehicle involved in shootingInvestigators also tracked down dash cam video of a dark pickup truck that turned onto Ontario Street from Broadway at the time of the shooting. They asked the occupants of the vehicle to reach out to police.

One year after the tragedy, Heard thanked the Wong and Whiteside families for their patience. He also urged any potential witnesses who haven't spoken with investigators to reach out.

"I am pleased with the progress we have made to date however we believe there are people who have additional information about these murders who have yet to come forward," Heard said.

Some individuals have also made a choice not to talk to investigators, according to the police sergeant.