Gemma Karstens-Smith The Canadian Press Published Wednesday, May 29, 2019 11:52AM PDT 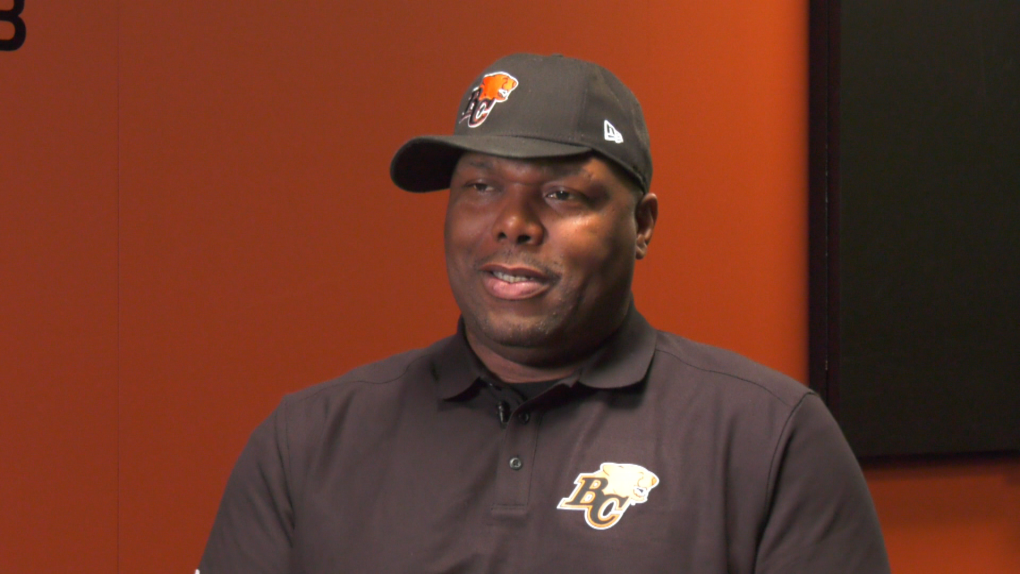 VANCOUVER - It's tough to slack off at B.C. Lions training camp this season.

Not only are the coaches paying attention, but they know all the ways a player might cheat to save himself some energy, wide receiver Bryan Burnham said.

"They know every trick in the book," Burnham said with a laugh. "So when they see it, they're on top of you quick. So you can't really get anything past them. You're working."

While nine of B.C.'s 11 coaches are new to the club this season, they're not new to the game, with many coming to coaching shortly after hanging up their cleats.

Among the new faces is head coach DeVone Claybrooks, a 41-year-old Virginia native who spent last season as a defensive co-ordinator for the Grey Cup-winning Calgary Stampeders.

He took over the role in November, following the retirement of long-time Lions bench boss Wally Buono.

Training camp has been a learning experience for the first-time coach.

"The craziest part is you walk around and you're trying to see everything but you realize you can't because you've only got two eyes and you've got offensive and defensive walkthrough at the same time," said Claybrooks.

The former NFL lineman filled many of the open positions with young former players, including defensive backs coach Ryan Phillips, who spent 12 seasons with the Lions, to running backs coach Nik Lewis, who won two Grey Cups as a receiver for the Calgary Stampeders.

Claybrooks also hired Rich Stubler, one of the CFL's most renowned football minds, as defensive co-ordinator and linebackers coach.

"You don't want to have a coach who's never done it, who's learned it off the boards from somebody else so he doesn't know the intricacies or the nuances of playing the position technically. So you get that insight," he said.

Lions defensive back T.J. Lee loves having Lewis as a coach.

"I'm able to feel the game through them," he said, explaining that he likes having someone who can give him small adjustments on how to change his footing or his stance to improve his position on the field.

Lee, now in his sixth season with the Lions, also loves having a young head coach who players can bond with. He talks to Claybrooks often about a variety of topics outside of football, from food to boxing.

"I feel comfortable enough to reach out to him. I felt that way in the past, but it took a couple of years," Lee said.

"(Claybrooks) keeps it real with us in a lot of ways that we can relate to. Guys gravitate towards that. It's easier to be yourself with somebody younger and someone who's able to talk to you in a way that you can understand him."

At training camp in Kamloops, B.C., Claybrooks is always found in a sideways ball cap, often standing in the middle of the field to assess the action all around him. He yells to players standing on the sidelines, encouraging them to jog instead of walk. Occasionally, he joins the players for a short dance break between drills.

Claybrooks' style is a change of pace from previous Lions training camps, said Hunter Steward, who joined the team in 2014.

"I think it's just different eras of coaching styles, honestly," the offensive lineman said. "I loved Wally as a coach. From what I've seen so far, I love Claybrooks as a coach, too. ... I think he just relates a little bit differently."

So far, the new style seems to be working.

Players have bought into the standards set by the new coaching staff, said Lions general manager Ed Hervey. At training camp, they're upbeat and motivated, and that energy starts with Claybrooks, he added.

"That's part of why we brought him in. We thought there was going to be a high level of excitement from the players to play for DeVone," Hervey said.

Now the general manager wants to see that energy and enthusiasm stretch into the regular season.

"Good things are ahead of us if we can continue at this tempo," he said.