B.C. killer convicted in murder-for-hire scheme will remain on day parole: board 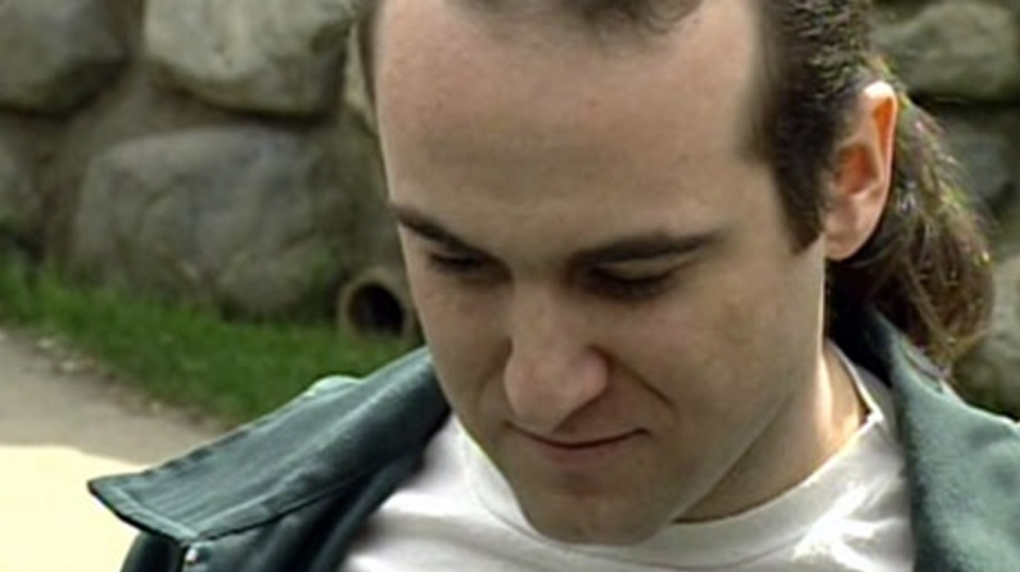 Derik Lord is shown in a file photo.
VANCOUVER -

A man convicted of a murder-for-hire scheme that resulted in two deaths in October 1990 will remain on day parole for at least another six months, a federal board has decided.

Derik Lord is serving a life sentence for two counts of first-degree murder in the bludgeoning and stabbing deaths of Sharon Huenemann and Doris Leatherbarrow.

He was one of three teenagers convicted in the deaths of his friend's mother and grandmother. During his 1992 murder trial, the court heard he'd been offered a car, a home and a monthly salary in exchange for the killings.

Now 48 years old, Lord still denies the offences, a factor in the decision to extend his day parole

In a decision dated July 15, the Parole Board of Canada determined he would remain on day parole, with conditions, a decision that will be re-evaluated in six months.

Lord was denied more than 10 times before being granted day parole in March of last year.

WHAT IS DAY PAROLE?

In Canada, those on day parole are allowed to participate in community-based activities, but must return each night to a halfway house or other facility. The intent is to prepare an offender for full parole or statutory release, while still imposing conditions and daily monitoring on that offender.

In Lord's case, he has conditions imposed including that he not associate with any persons known to be involved in criminal activity or substance misuse. He cannot travel into B.C.'s Lower Mainland or to Vancouver Island, and can have no direct or indirect contact with anyone related to his victims or a Crown witness.

The PBC wrote that it has received several statements from victims regarding the fact that he's allowed any time in the community on his own.

"Their frustration and disbelief is palpable, and appears rooted in ongoing fear that your continued denial and refusal to take responsibility means that you cannot be rehabilitated and remain a risk to harm them," the board said.

"The statements make it clear that the loved ones of the deceased victims continue to suffer from extreme pain and trauma related to the brutal murders you committed and they do not feel that you have any remorse for your actions."

In its decision, the board acknowledged descriptions of Lord's childhood as "tumultuous," and notes he had no prior convictions.

He's been assessed as a "low-moderate" risk to re-offend, but the board said this assessment is incomplete, as he has yet to acknowledge his crimes and address his risk factors.

According to the board, he had behavioural issues when first in prison, but has participated in programs meant to address violence, including work with Indigenous Elders.

But reports issued since his release into a halfway house suggest he is motivated, and somewhat accountable. During his time at the halfway house he's completed Indigenous cultural training and trauma and addictions programming, and has been working.

His wife and child moved nearby, the board said, and he was allowed two weekend stays with his family in June with no concerns noted.

Despite some signs suggesting improvement, he was not granted the extended leave privileges suggested by his case management team.

"Mr. Lord, the Board has a number of serious concerns," it wrote.

"Your case is complex and your ongoing denial in the face of the extreme violence in your crimes is very challenging… It is the Board's opinion that you committed these murders and your long, ongoing denial and refusal to take responsibility is a concern as it raises questions about whether or not you have truly addressed the factors within yourself that could lead to such a vicious, heinous, and self centred crime. Your recent program report says you have no insight."

Continuing to address Lord, the board wrote that the impact of his actions on his victims' family is a major factor in the board's consideration.

Instead of allowing for longer leaves – a suggested five days a week with his family and two at the halfway house – the board said it would continue to allow overnight leaves only, and imposed the three conditions listed above.

MORE ON THE CASE

Heuenmann's son, Darren, and friend David Muir were also convicted in the case.

The court heard the women had invited Lord and Muir over for dinner the night they were killed. The teenagers hit them over the head with crowbars until they were unconscious then cut their throats with kitchen knives.

They tried to make it look like the women were murdered during a robbery, but police found valuables including money and jewelry had been left untouched.

The judge who issued their sentences called it a "diabolical plan," hatched out of "lust and greed of material gain."

Muir has been out on parole since admitting his role in 2003.

Speaking to CTV News last year, the victims' family members said they felt Lord should never have been granted parole.

"He's going to be out enjoying the freedom he took away from Doris and Sharon," said Ed Beketa, Huenemann’s brother-in-law.

"It's something that should have never, ever happened: three individuals deciding to kill two beautiful ladies for money."