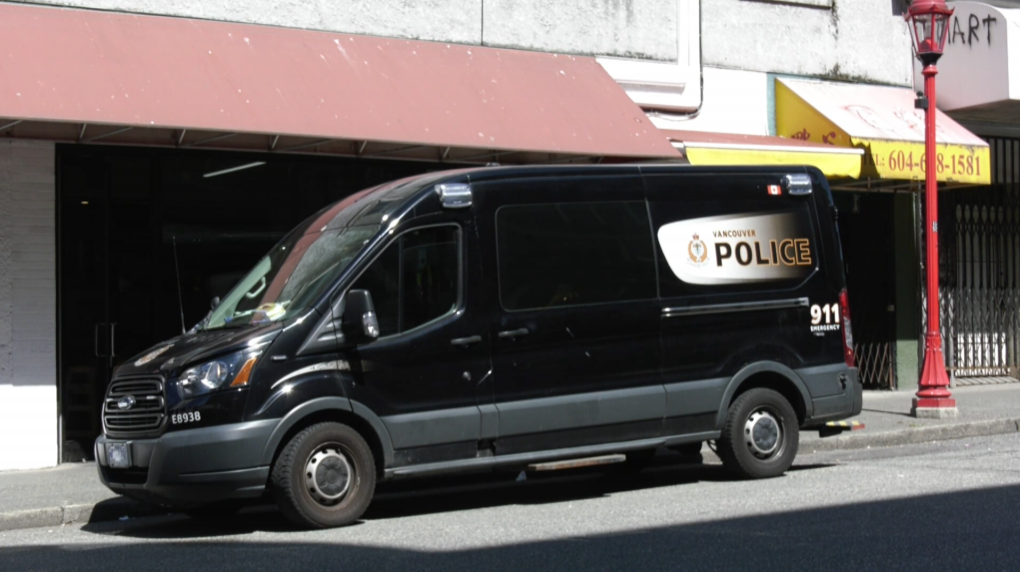 A Vancouver Police Department van is parked near Main and Keefer streets on Sunday, Aug, 14, 2022.

A woman has been charged with assault after an 89-year-old man was knocked to the ground in Vancouver's Chinatown, police say.

On Saturday morning, the senior was walking alone near Main and Keefer streets around 10:45, according to a news release from the Vancouver Police Department issued Sunday.

"A woman he didn’t know approached and knocked him to the ground. The man, who lives nearby, suffered cuts and scrapes," wrote spokesperson Sgt. Steve Addison, who said patrol officers in the area quickly made an arrest.

Patricia MacDonald, 58, has been charged with assault and has since been released from custody.

The incident follows another apparently unprovoked attack in the area on Friday morning.

The 64-year-old victim in that case was described by police as a "beloved Chinatown security guard." He was making his usual rounds of the neighbourhood around 11 a.m. when he was assaulted, police said in a statement Saturday.

An arrest was also made in that case and a man was charged.