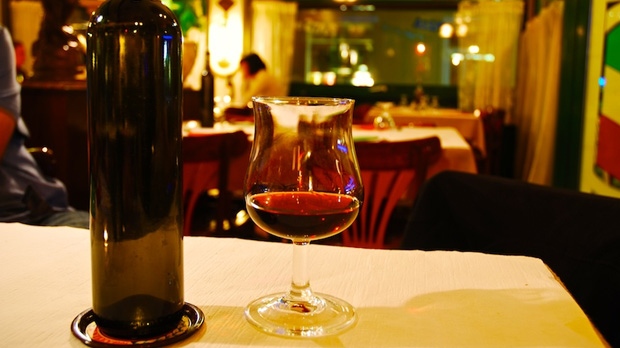 A man who paid $85,000 for 138 bottles of wine more than a year and a half ago says he never received them, and he has lost his most recent bid to get his money back through the courts.

A judgment posted online Tuesday describes what the B.C. Supreme Court heard about the case earlier this month.

In November of 2020, Moez Kassam, described as a "business person and wine collector" who lives in Ontario, ordered the bottles of burgundy from a man named Brian Gunsten, who lives in Alberta.

HOW DID THE CASE END UP IN A B.C. COURT?

The case came before B.C. judge Andrew Mayer because Kassam was trying to sue a company called Dream Wines Corporation, an Alberta company that has its head office in North Vancouver. At the time of the transaction, Gunsten worked for that company.

Gunsten was also named in the suit but never filed a response and did not attend the hearing, and the court was advised that he is "now bankrupt," Mayer said.

Kassam argued, court documents show, that Dream Wines should be held "vicariously liable" for the actions of its employee and ordered to pay him $85,000 plus interest and court costs.

It was an argument the judge roundly rejected, siding with the company and granting its application to dismiss the claim.

The company argued that not only did it have no involvement in the contract between Kassam and Gunsten, but that the deal itself was so "tainted with illegality" that enforcing it would be against "public policy," the judge summarized. To support that claim the company pointed out that there was no GST or PST on the invoice, and that the wine would have been shipped between provinces in defiance of Ontario's liquor control legislation.

The company also told the court that Gunsten was fired in 2021 because he was "moonlighting" by making these kinds of side sales.

Kassam's attempts to get reimbursed by Gunsten directly continued in a series of text messages that happened after Gunsten was fired, something Kassam admitted he was aware of. Two payments – of $1,500 and $200 respectively – were also accepted by Kassam as partial reimbursement.

"Mr. Kassam did not reach out to the president of Dream Wines, Eric Tetrault, until May 12, 2021 – approximately five months after his company forwarded $85,000 to Mr. Gunsten," the court decision says.

Kassam told the court that Gunsten communicated with him using his work email address, arguing that implicated the company in the deal. Further, he said "subjectively believed that he was entering into a contract with Dream Wines," the court heard.

'OFF THE BOOKS' SALE

The judge also looked at a prior deal made between Kassam and Gunsten in which 18 bottles of wine were sold for $50,000. That sale was completed and the court noted the payment was wired to Gunsten's personal bank account.

The invoice in that case was issued by Gunsten and -- like the transaction being considered by the court -- did not include federal or provincial sales tax, which the judge found indicated it was "off the books."

Additional evidence presented by the company showed that they do not sell wine directly to individuals and that none of the bottles Kassam purchased or tried to purchase were ever listed for sale on their website.

WHAT HAPPENED TO THE WINE?

Kassam also alleged that Gunsten, and by extension the company, engaged in "conversion."

"(This) occurs when a person without authority or permission wrongfully interferes with the goods of another, such as by taking their goods," the judge explained.

"Having the funds of another person, without that person’s permission, and without such possession being pursuant to any legal entitlement amounts to conversion."

However, since Kassam entered the contract willingly and because there was no evidence Gunsten used the money for his own gain or withheld the wine, the judge dismissed this claim.

Former U.S. President Donald Trump says in a lengthy statement that the FBI is conducting a search of his Mar-a-Lago estate.

Sources close to the government's proposed $5.3 billion dental care program say the Liberals are planning a temporary solution that involves giving money directly to patients in order to keep their promise to the NDP while they work on a more permanent answer.

'Your Danny, your John': Condolences pour in for Olivia Newton-John

Actors, musicians, politicians and fans are reacting to the news of Grammy Award-winning singer and actress Olivia Newton-John's passing at 73.

Condolences from Canadian politicians past and present poured out Monday as they learned about the death of Bill Graham, who served as foreign affairs minister when the country decided against joining the U.S. invasion of Iraq in 2003.

Ontario's health minister said Monday that six hospitals had to close departments -- including ERs -- over the weekend, but argued that the situation wasn't unprecedented.