Man arrested after appearing to tamper with Vancouver parking meter 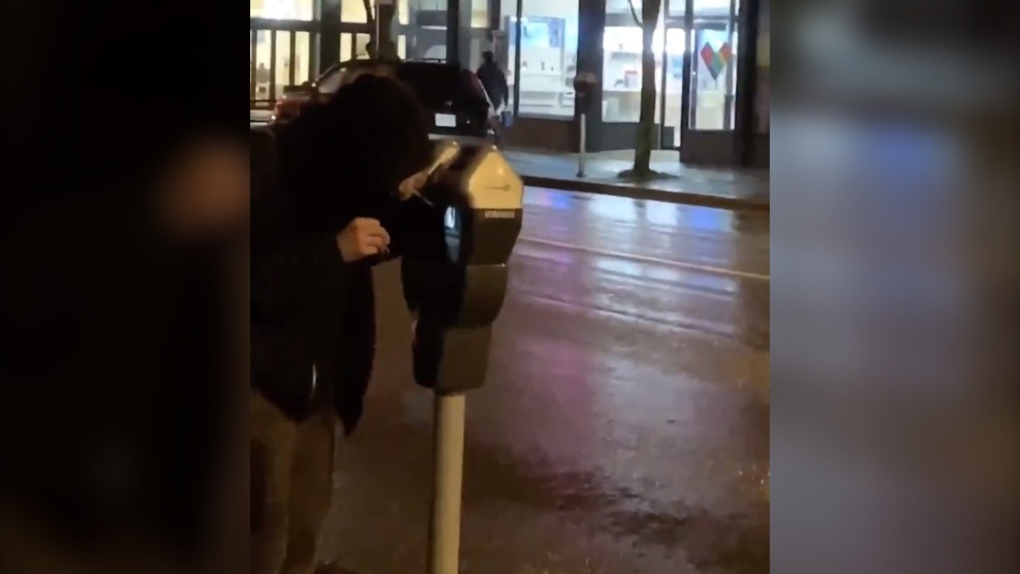 A person appears to be tampering with a parking meter in downtown Vancouver. (Jason Doucette/Twitter)

VANCOUVER -- A man was arrested in Vancouver after appearing to tamper with a parking meter downtown.

In a video posted to Twitter by Const. Jason Doucette Tuesday morning, a man wearing a dark hoodie appears to be using a thin, metal object to poke the coin slot in a parking meter.

"This guy is not repairing meters," Doucette's post said.

This guy is not repairing meters. Investigation on-going.

Doucette said in a later tweet the man had been arrested and that police "are considering (their) options based on the situation."

Last November, the Vancouver Police Department told CTV News Vancouver that parking meter vandalism and thefts were growing issues. In fact, the city had seen a 10 per cent increase in out-of-order meters over previous year, and not because of failed technology.

"They'll plug the meters with obstructions so when people come along to park they put their coins in the meter and the coin won't drop down," Sgt. Steve Addison of the VPD said at the time.

"Whoever's jammed it will come along and fish it out with a paper clip or a magnet or something like that."

Doucette added that broken parking meters can be reported to the city online or by calling 311. The address and meter number are required for the report.