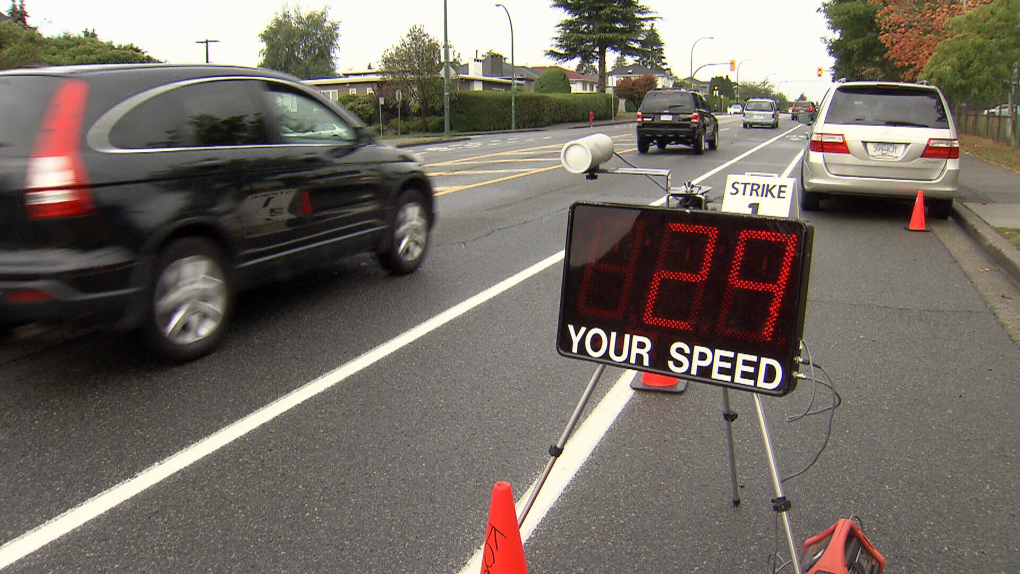 ICBC is partnering with the provincial government and police for a campaign aimed at curbing the leading cause of fatal crashes in B.C.: speed.

According to the public auto insurer, 82 people are killed across the province in speed-related accidents each year.

"That's why ICBC, government and police are launching a new month-long campaign focusing on speed and urging drivers to slow down," ICBC said in a statement Wednesday.

"Driving over the speed limit really doesn't get you there any faster, and instead increases your chances of crashing," said ICBC vice-president of public affairs Lindsay Matthews. "When you slow down, you see more of the road and it gives you more time to react to the unexpected. We can all do our part by slowing down to make roads safer and save lives."

As part of the campaign, police will be targeting speeders throughout the month of May, and volunteers will be set up in communities across B.C. to remind motorists how fast they're going.

"Drivers have to be responsible for their actions, pay attention and focus on driving. Police will be out in full-force across the province this month looking for drivers who feel the rules don't apply to them."

ICBC is also partnering with the government to upgrade traffic cameras at 35 intersection so they're able to identify and ticket speeding drivers.

"Our government in partnership with ICBC is increasing speeding enforcement to save lives," said Attorney General David Eby. "Please slow down."

Speeding fines depend on how far over the speed limit a driver is caught going.

Those who have one or more excessive speeding tickets could also have to pay the driver risk premium.

ICBC is also offering a number of speed-related facts and tips on its website.