Left-lane hogs 'not a priority': BC RCMP 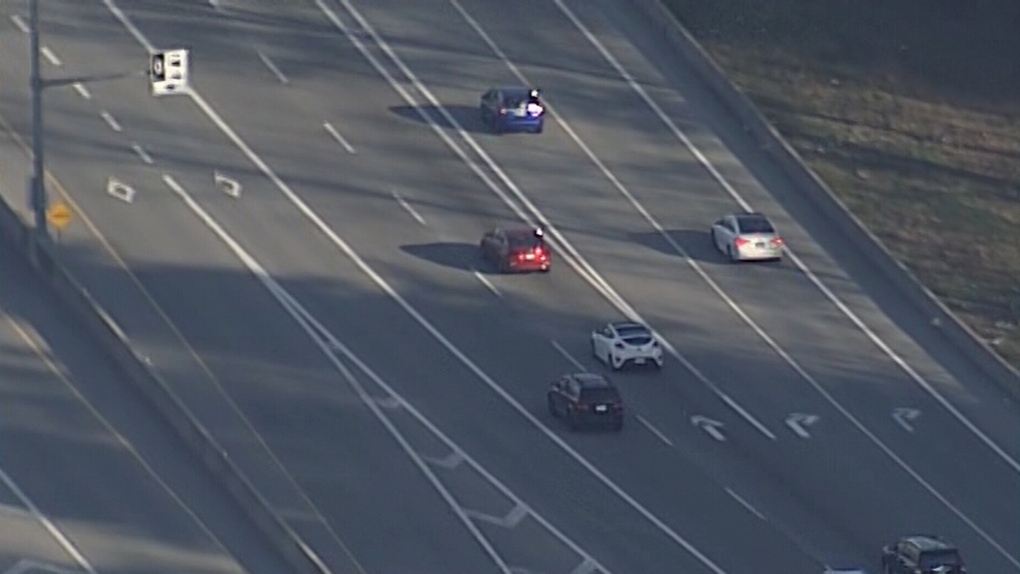 Cracking down on left-lane hogs isn’t a priority for traffic officers, the B.C. RCMP said in response to declining enforcement numbers.

A spokesperson from the RCMP's traffic division said their focus remains on offences that cause serious injuries or fatal collisions.

They said while failing to keep right may be an offence under the Motor Vehicle Act, it does not contribute to personal injuries at the same rate as alcohol, drugs and medications, speed or distracted drivers.

“Taking unnecessary risks like following too closely, passing improperly and speeding out of frustration contributes more to the cause of collisions than the act of driving in the left lane,” said the RCMP Traffic Services spokesperson.

Data obtained by CTV News showed only 699 drivers were fined for "failing to keep right" in 2018, compared to 2016 when 799 drivers were ticketed for the same offence.

Ian Tootill of Sense BC, a drivers' advocacy group, said the numbers suggest the authorities are not taking the law seriously.

“You and I can go out there at any time and witness people plugging the left-hand lane,” said Tootill. “It’s just one person in front of a long line of traffic that causes havoc and dangerous activities on the roads.”

The RCMP cited a December 2018 document produced by ICBC showing speed and distractions as the main contributors to collisions in 2017, as reasoning behind de-prioritizing tickets for failing to keep right.

Both speed and distraction contributed to 27 per cent of the province's collisions reported to ICBC in 2017, while impairment was the main factor in 24 per cent of collisions in the same time span.

“I suggest it is the actions of those who are tailgating, passing improperly and speeding, and not the person in the left lane, who contribute to the cause of collision,” concluded the spokesperson from B.C. RCMP Traffic Services.

Tootill, meanwhile, says a focus on keeping the left lane clear for drivers would alleviate some of the traffic jams that make people drive more aggressively and impatiently.

“Not everyone is a left lane blocker but the problem feels ubiquitous because it just takes one driver to screw up the process,” he said.

When traffic is moving at least 80 km/h on a two-lane street that doesn't have a bus or high-occupancy vehicle lane, and is going faster than 50 km/h, the law says drivers are supposed to stay in the right lane - except when passing slower-moving vehicles.

The B.C. Ministry of Transportation and Infrastructure said the law is important because left lane blockers “reduce the efficiency of the highway system and can cause driver frustration which can lead to erratic, unsafe passing behaviour."

“Left lane hogs are either inconsiderate or ignorant of our laws,” said Tootill, “We need to foster competence and cooperation on our roads.”