VANCOUVER -- For the first time, homicide investigators have revealed the connection between Bo Fan, a Chinese citizen living in Surrey who was murdered in June, and a company operating in B.C. under the name Create Abundance.

According to the Lower Mainland’s Integrated Homicide Investigation Team (IHIT), 41-year-old Fan, who died June 17 in hospital, worked for Create Abundance. Police said the company is also known by the name Golden Touch, and said Fan had clients as part of her duties, though investigators said the exact nature of her employment remains unclear.

“It’s almost like a mystery novel,” said IHIT’S Sgt. Frank Jang about Fan’s case, which CTV News Vancouver is investigating in conjunction with Bob Mackin of TheBreaker.news and Ina Mitchell.

Jang told CTV News while detectives have received helpful phone calls and tips via social media, many of them anonymous, investigators are still trying to learn “who Bo Fan was.”

That includes details about her employer, Golden Touch, and her clients, police say, along with what she was doing and who she was meeting with in the days and hours leading up to her death.

According to police, Fan was found with “extensive and serious” injuries in the overnight hours of June 16 to 17 in Surrey’s Grandview Heights neighbourhood, near where investigators say she was living.

IHIT’s Jang declined to specify exactly who found Fan, or where, citing the ongoing investigation. He did confirm that Fan’s brother and sister-in-law took her to Peace Arch Hospital, where she later died.

A hospital source with first-hand knowledge of Fan’s injuries said she appeared to be badly beaten up, and that her femur, the strongest bone in the human body, appeared to be “destroyed.”

Jang indicated that Fan’s family members have been “co-operative,” but acknowledged there are other “people (with) information that can get us closer to the truth,” and added that there also may be witnesses in the case who have since left Canada.

What is Golden Touch?

Nearly a month after Fan’s murder, the multimillion-dollar Surrey home that was behind police tape on the day Fan died is quiet.

Many of the blinds are drawn.

The Chinese symbol for wealth is on full view in a front window.

Someone has covered the licence plate of the sole visible vehicle, a black SUV parked in the driveway, with a medical mask.

A garden hose fills the swimming pool, visible through a latch gate near the front walk.

No one answers the front door.

Corporate records indicate the home is the registered mailing address for “Create Abundance International Institute Inc.,” incorporated in B.C. in 2014.

A Chinese-language Golden Touch recruitment brochure obtained by CTV News, with a business card stapled to the front, lists the same address.

In Chinese, the pamphlet refers to Golden Touch as a global communication organization “committed to the spreading of spiritual wisdom of Chinese culture.”

It boasts that through lectures and coaching and retreats to places like Bali, members across 33 countries and regions “have their dreams fulfilled about wealth, health, and the power of influence.”

At the bottom of one page is a line in English: “One Click Will Change Your Life.”

Neither a call nor email to the person named on the business card – whose title was listed as “mentor” – looking for more details about Golden Touch, were returned.

A source, who spoke to CTV News on the condition of anonymity because of concerns about personal safety, said Bo Fan was at the home so often it felt like she either worked there or managed it.

The source recalled gatherings at the house as far back as 2016, when tour buses would bring in groups of visitors who appeared to be very wealthy.

In recent years, those evening events, the source said, appeared to be smaller in scale, with fewer than a dozen cars parked on the driveway and street, some with license plates that began with the letters GT.

The source pointed to another house less than a block away that had a sizable Create Abundance sign with a logo mounted next to the front door. The sign had Chinese and English writing pronouncing it a “Research Centre of Quantum Medicine.”

No one answered the door.

“We don’t know who these people are,” the source said. 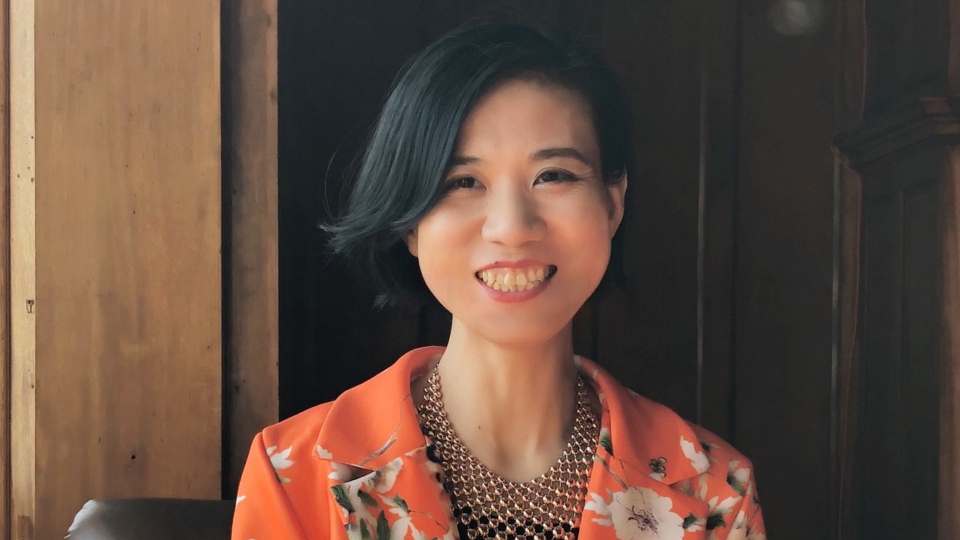 Homicide investigators say Bo Fan, 41, who was murdered in June in South Surrey, worked for the organization Create Abundance, which they say is also known as "Golden Touch." (Photo: IHIT)

The search for answers

It turns out the home where the murder victim worked, which corporate records indicate is Golden Touch’s B.C. headquarters, is also linked to at least five other companies, all whose names begin with the letters GT.

For all five, corporate registries list the home where the source said Fan worked as the mailing address.

The addresses for their directors, who could potentially have information about Golden Touch or a way to contact their corporate leadership, led CTV News to four new homes in Surrey and into Langley.

At an acreage, a pair of alpacas are having lunch in a field, but no one answers the front door.

On a suburban street not far away – at a house displaying the same Chinese symbol for wealth out front – someone inside initially responds, but then doesn’t open the door.

From Surrey, the search to learn more about Fan’s employment with the company connects to the remote northern end of Salt Spring Island.

Along North Beach Road, amidst the sparkling water and the arbutus trees, is a 29-acre resort with oceanfront cabins that’s owned by Create Abundance, according to property records and its website.

The CTV News investigation with Bob Mackin of TheBreaker.news, along with documentary filmmaker Ina Mitchell, leads to two islanders who have a story connected to the resort it seems they’ve been waiting to tell.

Weisner was weeding raspberries in her front yard when she heard yelling on the road.

“I literally dropped my trowel and my pot,” Weisner remembers.

At the foot of her driveway, she says, were roughly 50 young men and women in military fatigues. They were wearing matching caps and combat boots, lined up two abreast, and appeared to be training.

They weren’t carrying sidearms, but their “commander” was yelling instructions in a language that wasn’t English, Weisner says.

“My heart stopped,” Weisner remembers. “I just basically ran for the house and called my husband.”

A week later, Joe Clemente had a similar experience while driving home from work along typically tranquil North End Road.

And he recorded the line of what he believes were Chinese cadets marching on the shoulder in a short video he provided to CTV News.

“Not a lot of things shock me, but that did shock me,” Clemente said.

“We don’t have any military bases here, so why are you here?” he remembers asking himself.

The following year, Clemente’s wife, Wendy, said she saw a similar, but smaller group on a road near the resort.

Both Weisner and Joe Clemente say they’re convinced the “cadets” came from the Mineral Springs Resort property, and CTV News obtained photos from 2018 of “troops” lined up on the grounds, just in front of the resort office. 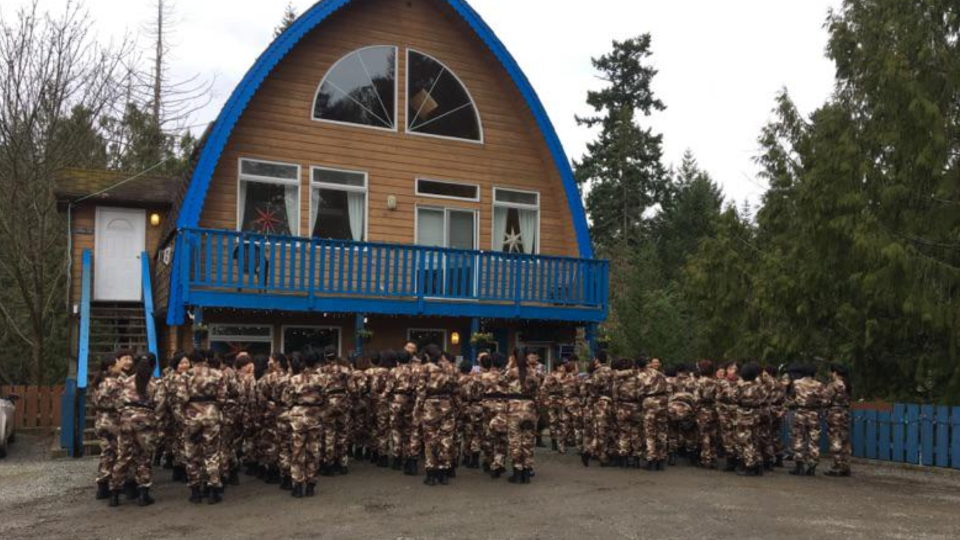 Young men and women in military fatigues gather in 2018 at the Mineral Springs Resort on Salt Spring Island, which property records show is owned by Create Abundance International Institute Inc.

After multiple calls and emails to the resort seeking more information about the “military” drills, the property owners, and the murder of Create Abundance employee Bo Fan, someone named “Woody” wrote back:

“I do not have any direct contact for the owners. Thank you for the heads up. I passed this information on, and will see if I get a response.”

It remains unclear if the “cadets” were merely visiting the property or if they had a closer connection to the Create Abundance/Golden Touch organization.

When Clemente learned about Fan’s murder in Surrey, and that she worked for the same company that owns the resort near his home, he said: “Wow, that’s really strange.”

Back on the mainland, homicide investigators are searching for Bo Fan’s killer.

IHIT’s Jang said he didn't want anyone to assume that Golden Touch or someone connected to it is responsible for Fan’s death, but declined to discuss anything related to a possible motive, citing the ongoing investigation.

And, Jang acknowledged, there is much investigators don’t know about the company, and the year-and-a-half Fan has been in Canada. 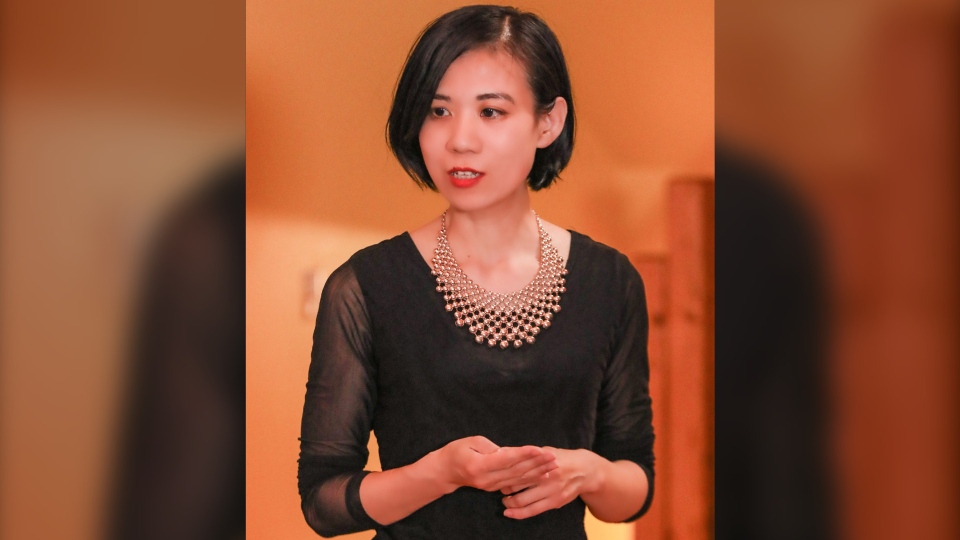 Bo Fan is shown in an image provided by IHIT.