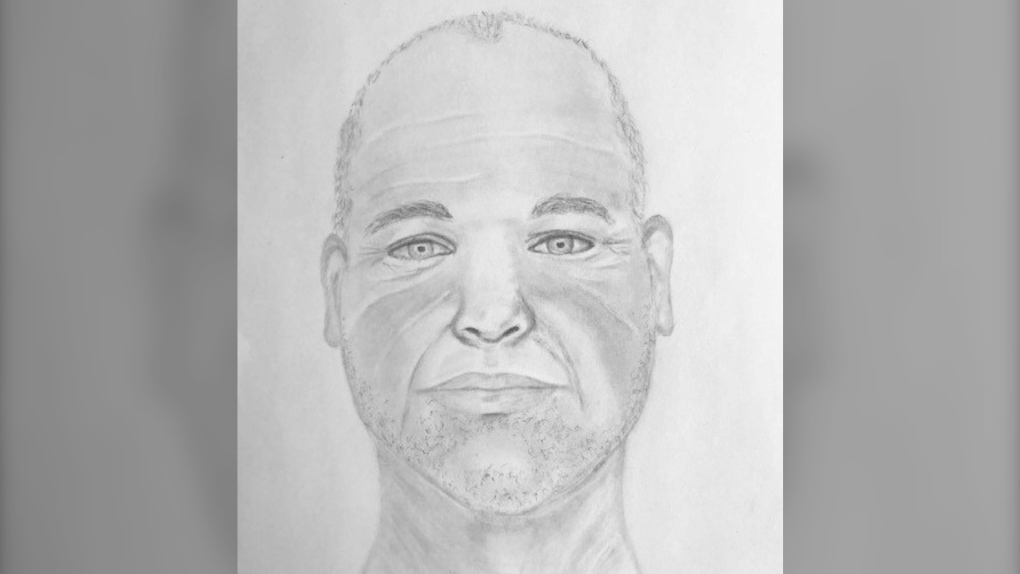 Mounties on the North Shore have released a composite sketch of a man they say exposed himself to a woman in an indecent act last month. (North Vancouver RCMP)

Mounties on the North Shore have released a composite sketch of a man they say exposed his genitals to a woman in an indecent act last month.

The incident happened April 22 around 6:35 a.m., according to a news release from North Vancouver RCMP.

"The male was sitting on a bench at a bend in the pathway on the Spirit Trail in Waterfront Park, where it faces the water, and exposed himself as the woman walked past," the statement reads. "The woman was physically unharmed in the incident."

Police described the suspect as a white man with grey hair and blue eyes. They estimated that he is 57 years old, stands between 6' and 6'3" and weighs between 200 and 260 pounds. He had an "unkempt appearance" at the time of the incident.

"In an effort to further the investigation, North Vancouver RCMP are releasing a composite sketch of the suspect," police said.

Anyone who recognizes the suspect or has information about the incident is asked to call the detachment at 604-985-1311.

Police shared information on the North Vancouver incident just hours after Burnaby RCMP issued their own appeal for witnesses to another indecent act with a similar suspect description.

Police believe they are looking for separate suspects and the two incidents are not related, DeVries said.