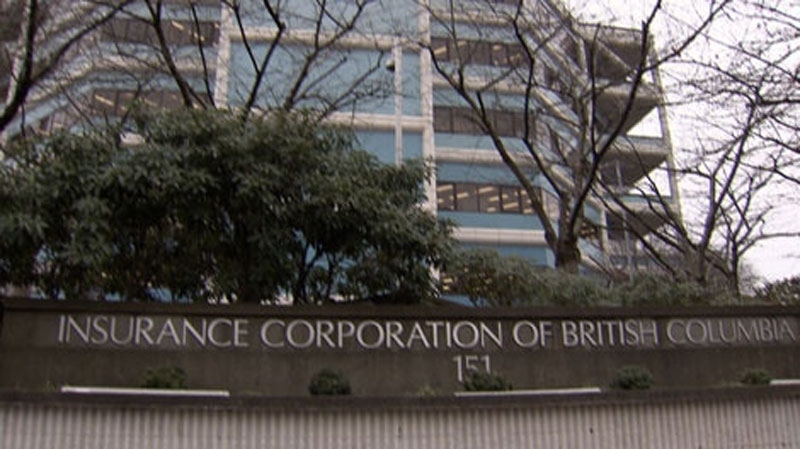 On the same day B.C. Finance Minister Kevin Falcon admonished the Insurance Corporation of British Columbia for high wages and inflated management, the auto-insurer was given approval to boost its rates by 11.2 per cent.

A review of the Crown corporation was released by the Ministry of Finance Thursday, and hours later the B.C. Utilities Commission cemented the basic insurance rate increase.

ICBC applied for the increase in December last year.

Rate payers started paying the higher costs in February, in anticipation that the utilities commission would approve the increase in 2012.

Alison Richter of the BCUC said the release of the final decision to approve the rate hike was just a coincidence and ICBC was not informed the decision would be announced on Thursday.

Ricther said the overall financial picture of the corporation was not considered in the decision.

"The rate increase is mainly a result of increased claims costs," she said.

The government review of ICBC found wages for senior management at the Crown corporation went up by 70 per cent since 2007, while revenues from its investments have declined.

It also showed the corporation increased its management personnel by 32 per cent.

Falcon called the figures unacceptable, given the unstable world economy over the last few years.

"In spite of what was going on around the world we saw increases in the senior management and managers and professional staff, non-unionized staff at ICBC."

The report also said ICBC has too many employees and needs to cut up to 195 staff.

One of those leaving the public auto insurer is Chief Executive Officer Jon Schubert.

ICBC Board Chair Paul Taylor told reporters that Schubert's departure was a "mutual decision" with the corporation.

ICBC is a Crown monopoly in the province and provides mandatory-basic and optional insurance for 3.3 million customers.

At the time the rate increased was announced, Schubert said the corporation's income for the first nine months of last year dropped $279 million, most of it due to a $200 million increase in insurance claim costs.

Schubert will end his daily duties at ICBC on Nov. 15, but will stay on as a consultant at full salary until June 2013.

His successor will start the job at a 10 per cent pay cut, noted Taylor.

Taylor said ICBC has already implemented five of the review's 24 recommendations and has managed to cut spending.

"I'm surprised to hear they're just figuring it out now," said Elmore, who said the opposition has brought up the issue many times in the legislature.

"I think that that's a telling statistic - that they got more managers to manage less people."

The review did find that the Crown corporation has done a good job of managing its investments overall and keeping premium increases lower over the last decade.

The ICBC report is part of an overall review by the provincial government of all Crown corporations, announced in the B.C. budget earlier this year.