How Metro Vancouver is preparing for the 2019 wildfire season 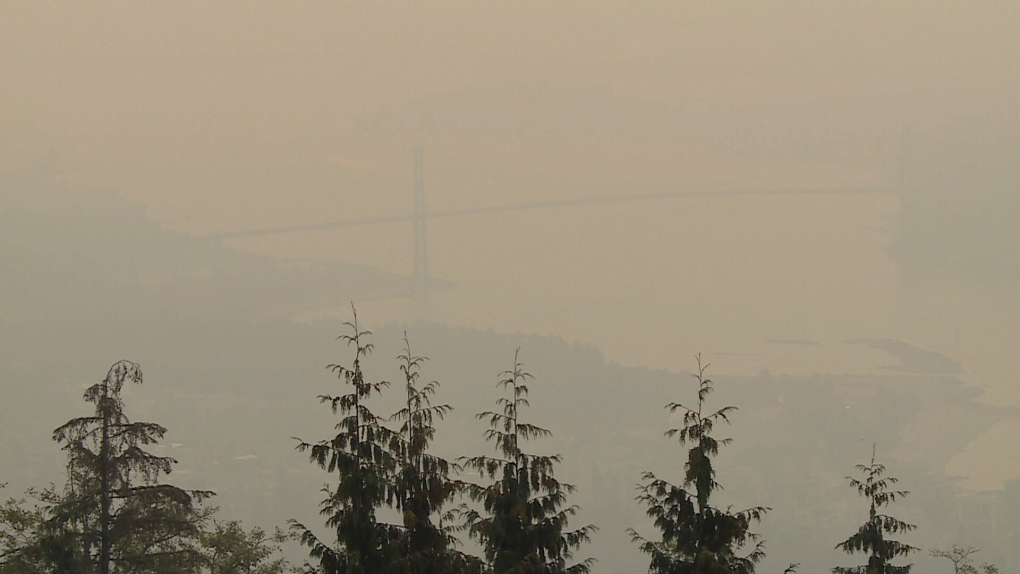 The Lions Gate Bridge is through the smoky air above Vancouver in this image from Aug. 22, 2018.

After two consecutive years of unprecedented wildfire smoke impacts in Metro Vancouver, the region is bracing for another potentially record-breaking season.

Efforts are outlined in part in a report to be presented to Metro Vancouver's Climate Action Committee on Friday.

The last two years set records in terms of duration and geographic size of the wildfires. While the fires burned through areas outside of Metro Vancouver, the 2017 and 2018 seasons were also record-setting in terms of intensity of smoke impact.

So Metro Vancouver's 21 municipalities, one treaty First Nation and one electoral area are looking at ways to improve communication and procedures "in recognition of this evolving threat."

The report was put forward to the Climate Action Committee by the superintendent of environmental sampling and monitoring planning and environment department and by a senior project engineer.

Ken Reid and Francis Ries say the impact of wildfire smoke has increased for the most part in the last few years. Only eight advisories were issued in 2015.

Advisories were in place for two full weeks in August 2018, the longest continuous advisory period in the history of the program.

In addition, Reid and Ries said the measured levels in the last two years at times exceeded the threshold for an advisory by as much as 10 times.

The summers of 2015, 2017 and 2018 shaped the way the region is preparing for the upcoming wildfire season, the report said.

Those years demonstrated a need for adaptation, "especially if the changing climate increases the frequency, duration and severity of wildfires in the future."

This year, the report says, the region is expected to roll out more effective communication materials for residents meant to break down potential impacts the smoke can have on their health.

Efforts to understand the impact are underway, and staff members have participated in workshops and conferences. They've also worked with local health authorities and other health-related agencies when working on their communication strategy.

Staff plan to adapt an early outreach approach, contacting media and the public before the threshold for an advisory is actually reached.

Communication has also increased with counterparts in other Canadian and U.S. jurisdictions with similar concerns and recent experiences.

How the region is keeping the public informed

Metro Vancouver has 31 air quality monitoring stations spanning from Hope to Horseshoe Bay. Data collected at the stations is published online on an interactive map that includes advisories, if any are in effect.

Each point on the map includes details such as wind speed, amount of precipitation and temperature, as well as a health index rating from low to high.

Tap the photo below to open the interactive air quality map.

Data from the network is also the basis for decision making when it comes to public air quality advisories, which are generally issued based on levels of fine particulate matter and ground-level ozone.

These advisories are then sent out on social media as well as through traditional media outlets including news websites, newspapers, and TV and radio stations.

Metro Vancouver's Water Services and Parks departments are actively working to reduce the risk of wildfires in the region, the report says.

Staff are trained in wildland firefighting, and regularly assist BC Fire Services in fires elsewhere in the province.

Employees at regional parks are trained to manage behaviours of the public to reduce human-triggered fires.