Host of 'makeshift nightclub' in Vancouver sentenced to 1 day in jail, 18 months' probation

VANCOUVER -- A man arrested for hosting what authorities described as a "makeshift nightclub" in downtown Vancouver in violation of COVID-19 restrictions has been sentenced to one day in jail and 18 months' probation, along with 50 hours of community service.

Mohammad Movassaghi pleaded guilty earlier this month in B.C. provincial court on counts of violating a public health order and keeping liquor for sale contrary to the Liquor Control and Licensing Act.

He was sentenced to one day behind bars and ordered to pay $50 on the first count, though he won't serve any more time in custody after being credited for the seven days he spent in jail between the time of his arrest and his sentencing on Wednesday.

Movassaghi was given probation and fined a further $5,000 for the second count.

The court heard that Movassaghi threw wild parties in a Vancouver penthouse that involved exotic dancers and booze sales back in January, as British Columbia was working to get its COVID-19 case numbers under control.

When officers arrested Movassaghi at around 3:30 a.m. on Jan. 31, there were 78 people in the unit, including a topless woman standing next to a two-storey stripper pole in the penthouse loft.

The court also heard that police found multiple point-of-sale machines, two cash bars, and drink menus advertising cocktails that cost between $9 and $26. There was also bottle service offered for up to $1,500.

​Photo exhibits released to CTV News offer a view inside the penthouse, showing chairs set up around the stripper pole with a $5 bill at the bottom, multiple liquor bottles and plastic cups around the unit, signage and menus with the name "Granny's Exotic Lounge" at the top, stanchions used to control lines, and a DJ booth.

The sentencing hearing, originally scheduled for 9:30 a.m., didn’t actually get underway until an hour later.

At the regularly appointed start time, Movassaghi and his lawyer and brother Bobby Movassaghi were both in attendance by telephone only.

Judge Ellen Gordon said that was unacceptable and demanded that the accused make his way to the provincial courthouse at 222 Main Street immediately so that she could “look him in the eye” when sentencing him.

When the hearing resumed at 10:30 a.m., Movassaghi was in the courtroom dressed in a dark suit as the Crown laid out the details of his arrest. 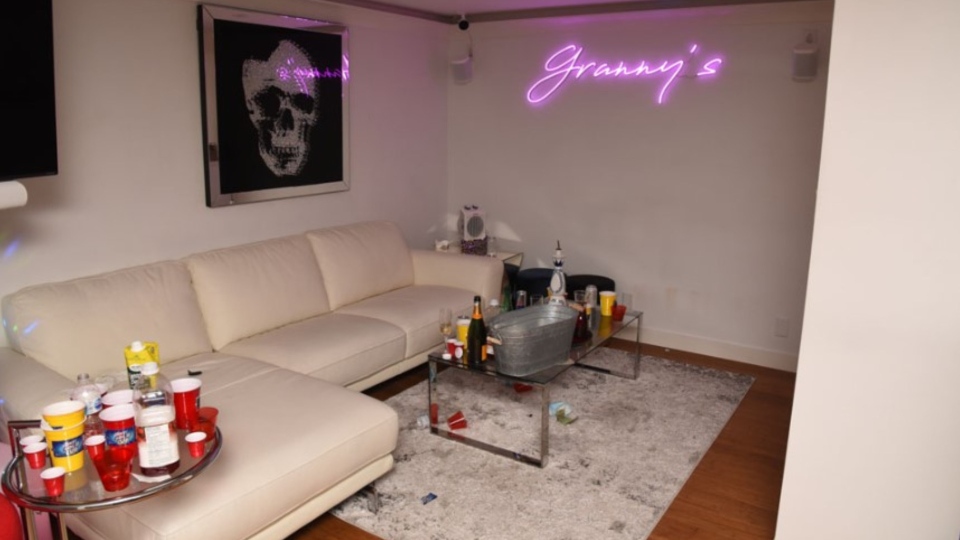 The court heard that Vancouver police had received multiple complaints about parties at the Telus Garden penthouse during the first two weeks of January.

On most of those occasions, police did not have officers available to investigate — but on Jan. 7, officers did go to the condo and could hear a large party through the door.

When police knocked, the noise died down but nobody would open the door.

On Jan. 23, neighbours again complained about a loud party and police went back to the penthouse.

This time they were able to speak to Movassaghi through the door but he refused to exit the condo.

Finally, in the early hours of Jan. 31, after more complaints about parties, police got a search warrant and waited in the hallway until somebody opened the door to leave.

That's when they went inside and discovered the party of almost 80 people in full swing.

At one point, lawyer Bobby Movassaghi said his brother had made poor decisions and that people he had invited to his parties had brought uninvited guests.

At that point, Judge Gordon interjected and disputed that the events could be characterized as parties.

“ I have parties. Or I did, prior to the pandemic. And I invite people, whether there are uninvited guests or not,” she said. “But I don’t have stripper poles. I don’t charge admission. I don’t charge for liquor. This isn’t a party.”

Gordon offered Movassaghi a chance to address the court before she announced his sentence.

“I just want to take this opportunity to apologize to your honour and the public for what’s taken place. I understand I made an error in judgement,” he said. “Since that incident, I have made sure to follow the health care act (sic).” 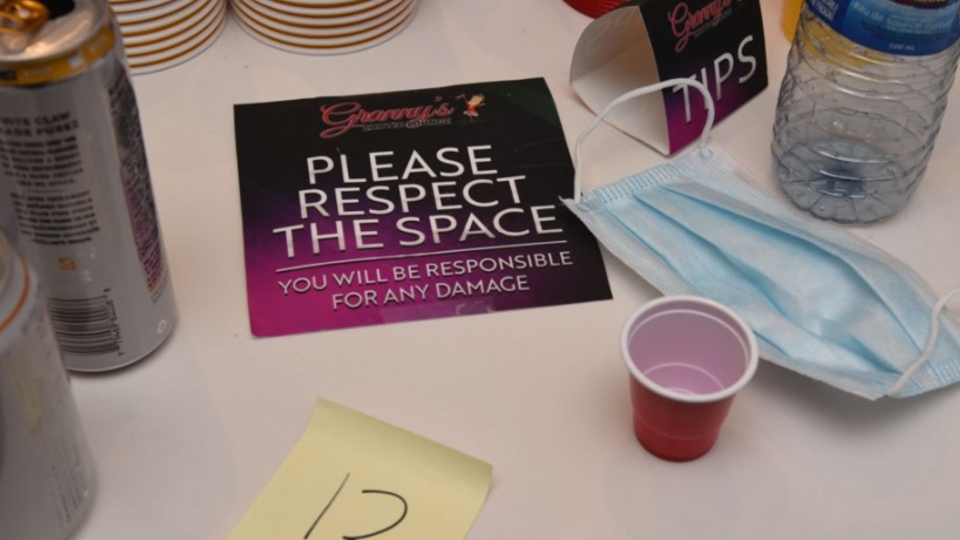 He said the publicity surrounding his case had taken a toll on him personally and professionally, saying many of the clients he does business with had severed ties after learning of the charges against him.

“You are remarkably fortunate with the position that the Crown has taken,” Gordon told Movassaghi. “Because had the Crown been seeking a period of incarceration, you need to know I would have imposed it.”

She went on to say if someone who had been at the parties became infected and died, she would have considered that manslaughter.

“What you did, sir, is comparable to individuals who sell fentanyl to the people on the street who die every day,” Gordon said. “There’s no difference. You voluntarily assumed a risk that could kill people in the midst of a pandemic.”

Asked when he would be able to pay his fines, Movassaghi reiterated that his crimes had taken a toll on his business so the judge has given him until the end of the year to settle his debt with the court.