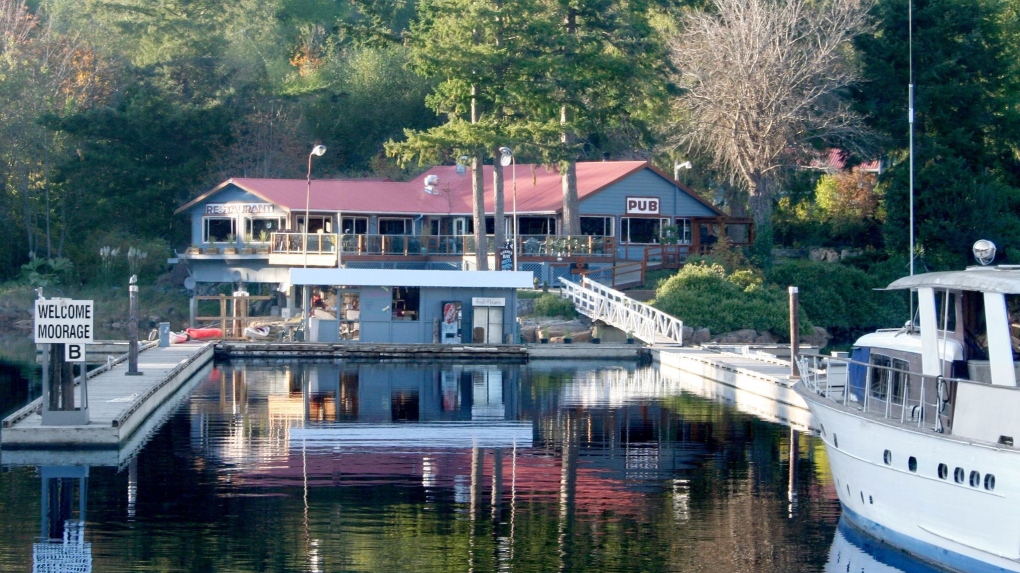 The Garden Bay Pub in Pender Harbour - seen here before it was destroyed by fire - was the best blues venue on the coast, a former employee says. (Photo credit: Myrtle Winchester)

VANCOUVER -- Residents on the Sunshine Coast are mourning the loss of a storied pub and music venue after it went up in flames earlier this week.

The Garden Bay Pub, located on Pender Harbour north of Sechelt, opened in 1932, but was destroyed by a fire on Nov. 26.

“It was the best live blues venue on the coast. Artists came from all over North America to perform there. People came to Pender Harbour just because of the music,” said Myrtle Winchester, a former employee and a resident of Pender Harbour.

The pub helped the local economy, said Winchester, who used to run the town’s newspaper. But a change in ownership in the mid-2010s resulted in fewer music performances, which had an impact on the local economy.

“The people who used to come from other areas, to primarily listen to music, stopped coming because the music disappeared,” she said.

Ron Johnston, who owned and operated the pub from 1982 to 2014, said he used to bring his dogs to work and that the establishment had a resident pet crow.

“That was part of it a number of years back,” he said. “Still, when we sold the place, we had folks coming in and asking about Crawford the crow.”

Johnston said he focused on bringing in local musicians but that famous people, including musician Joni Mitchell and actor John Wayne, used to visit.

“John Wayne, prior to our time (owning the pub) used to frequent the place. He’d bring his boat up and, being quite a character, he was in there.”

After Johnston purchased the pub and moved to the area in 1982, he began bringing in musicians. The majority of the pub’s income was made in July and August, he said, and he hired locals – young and old – to help run the place.

“During the summer months, we did music seven nights a week, sometimes even music in two rooms, one above and one in the restaurant,” he said.

The establishment was a community hub, and Johnston said he liked holding fundraisers for local organizations and charities.

“You name it, I jumped on it right away,” he said.

Events and fundraisers included golf tournaments, a triathlon, and a car show that raised money for the fire department.

“The car show is still going today through the Rotary Club, and from it, we gave our neighbors to the north, the volunteer fire department, we helped them build their fire hall.”

Johnston sold the pub in 2014 and it wasn’t in operation when it burned down. Upon learning of the fire, he and his wife visited the site.

“To start with, we were in shock, and now after a day or so it’s just sad, it’s very sad,” Johnston said.

He said he hopes the pub gets rebuilt and reopened. His love for the place is so fierce that he’s certain that if the place had gone up in flames when he purchased it in the ‘80s, he’d be repairing it already.

“I'm sure a whole bunch of people from our community would be in there helping. We'd be looking at reopening. It's just too a much part of history not to.”