VANCOUVER -- One person has been arrested in connection to a third-alarm fire that damaged several businesses and shut down intersections in Vancouver Thursday morning.

Crews from multiple stations were called in at about 10:30 a.m. to battle the blaze near Main Street and Broadway. Firefighters were seen at both sides of the buildings, while smoke was seen pouring out of multiple businesses.

“It was apocalyptic,” said Laurie, who works nearby and did not share a last name. “We watched for over an hour and there were just hot spots that they could not get out.”

Fire officials estimate that as many as four stores sustained damage in the blaze, but said they cannot give an exact number until the building is safe enough for firefighters to enter.

Frenchies diner, known for its French-Canadian menu, is identified as the most heavily damaged business. Large plumes of smoke poured from the restaurant while crews worked to put the fire out.

Owner Michel Blais watched helplessly from across the street.

“I just feel like 20 years of hard work gone, just like that,” he said through tears. “I don’t care about the content. It’s the employees that I care about.”

Other businesses affected include a smoke shop, pizza restaurant, record store and salon.

“I’m sad to see my friend’s business, Dandelion Emporium, definitely affected,” said Sean Law. “I think there’s water damage; you can see the windows have been broken from the hoses.”

Dozens of people, many of them nearby residents and patrons of the affected businesses, watched the firefighters from across the street.

Some said they cannot believe the fire has gutted businesses already impacted by the pandemic.

“I’ve gone into the smoke shop and bought cigarettes and I know that he’s a family man and I worry about him,” said Dolores Cohstaedt. “When anything disappears, there’s always a hole.”

"Our robbery, assault and arson unit is engaged," she said, adding that the investigation is still ongoing.

The suspect has not been identified as charges have not yet been laid.

Vancouver Fire Rescue's Capt. Jonathan Gormick said despite the arrest, fire investigators have not had a chance to conduct their own investigation into how and where the fire started.

One vehicle could be seen floating in a parking lot across the alley from the fire.

Gormick described it as “collateral damage.” When thousands of gallons of water are used in the fire fight, the water gets trapped in low-lying areas, he said.

Fortunately, no one has been hurt in the incident, but four occupants living on the second floor of the building are now displaced, Gormick said. 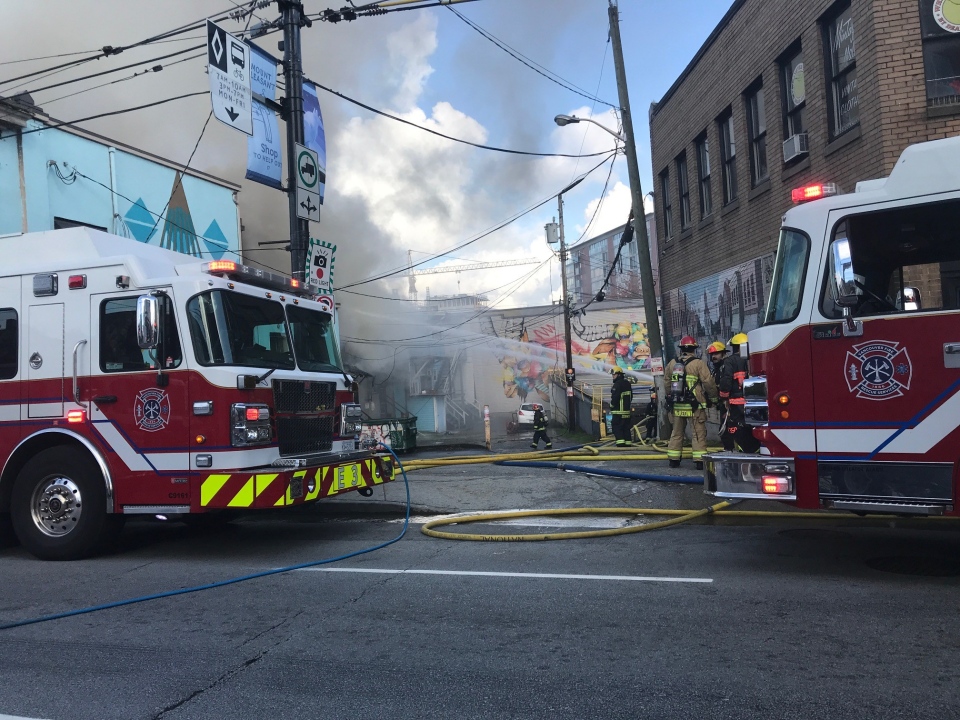 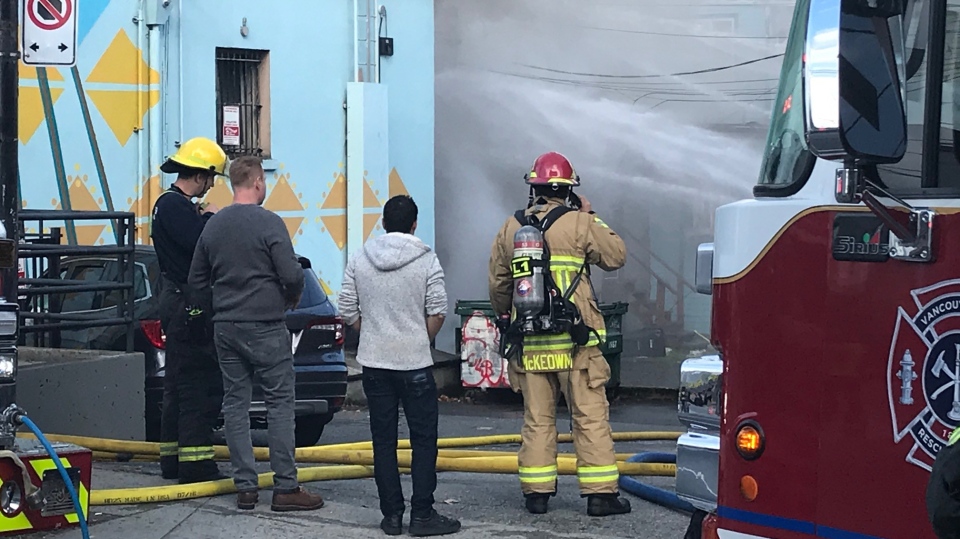