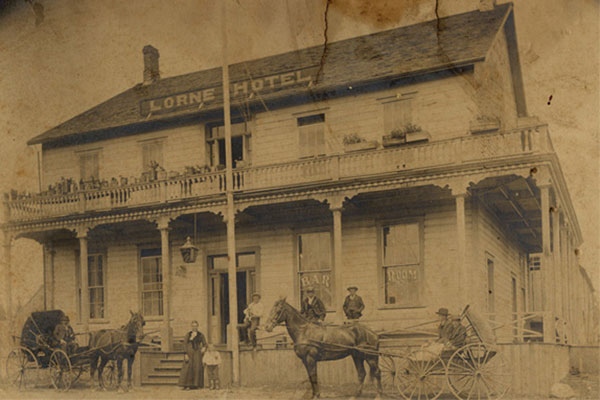 The Lorne Hotel is seen in an image courtesy of the Comox Museum.

More than 30 firefighters rushed to save the Lorne Hotel in downtown Comox after flames broke out just past 1 a.m. but there was little they could do.

The 133-year-old heritage building was completely gutted by the flames, with only two walls and part of a staircase remaining when the fire was extinguished.

"This is a bit of a tragedy for our community," he told ctvbc.ca. "It's really going to change the landscape of the town."

The Lorne was built in 1878 and was named after the Marquis of Lorne, then Canada's Governor General. It was the community's first hotel and viewed by many as an important meeting place.

Longtime Comox resident Bob Wilson was among those watching the fire this morning.

"It's not a good thing for our town. That's the building that everyone sort of liked and really added some character to our Main Street," he said.

The building was empty when the fire broke out and a cause still isn't known.