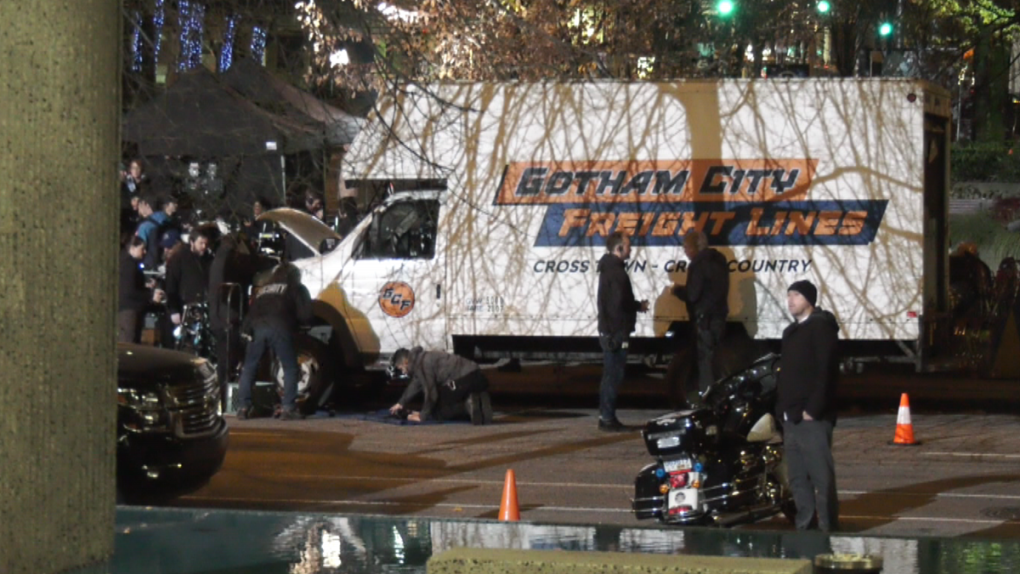 A Gotham City logo was spotted in downtown Vancouver during a shoot for 'Batwoman' on Thursday, Nov. 8, 2019.

VANCOUVER - Several streets in downtown Vancouver were blocked off Thursday night for the filming of a new TV series.

The scenes being shot on Melville, Thurlow, Dunsmuir, Burrard and Hallstone streets appeared to feature high-speed chases, weapons and smoke.

Vancouver police were on scene, directing traffic and pedestrians away from the set.

The American superhero show is based on DC Comics' Batwoman, and premiered last month.

Kate Kane, played by Rose, becomes Gotham City's new hero in the years after the disappearance of her cousin, Bruce Wayne.

Following the premiere last month, Rose posted on social media about her struggles with mental health. She said she was diagnosed with depression at 13, then later learned she had dissociative amnesia.