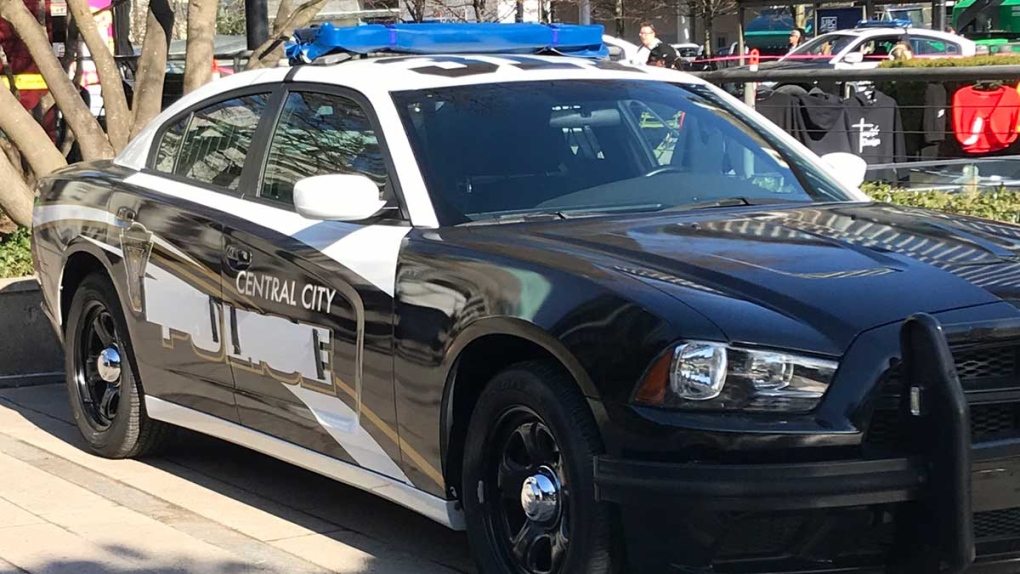 Downtown Vancouver is being disguised as "Central City" for a movie shoot outside the art gallery.

Police cruisers with decals for the fictional city's police force were parked in Robson Square next to a crane, lighting and other film equipment.

While most equipment was covered in case of rain Friday, evidence of the of the shoot was still visible.

Trucks were parked across the north end of the art gallery property, and to the south, a sign for the University of British Columbia was covered with a similar poster for Central City University.

The sign pointed to the fictional school's student union, library, faculty of law and althetics department. 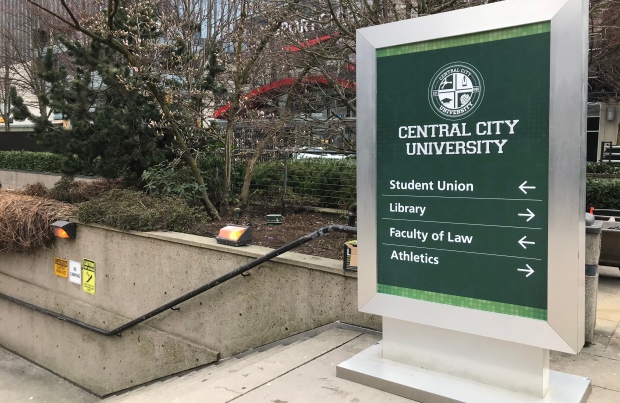 Bright orange arrows set up in the area pointed crew members to washrooms and craft services.

WhatsFilming, a blog that tracks productions in Ontario and British Columbia, suggested the set up was for season five of "The Flash."

Central City is a fictional American municipality in the universe created by DC Comics. The Flash, alias Barry Allen, is a Central City forensic investigator who was struck by lightning in his laboratory, and awakened from a coma with superhuman speed.

The adaptation by Warner Bros. was renewed for a sixth season in January. 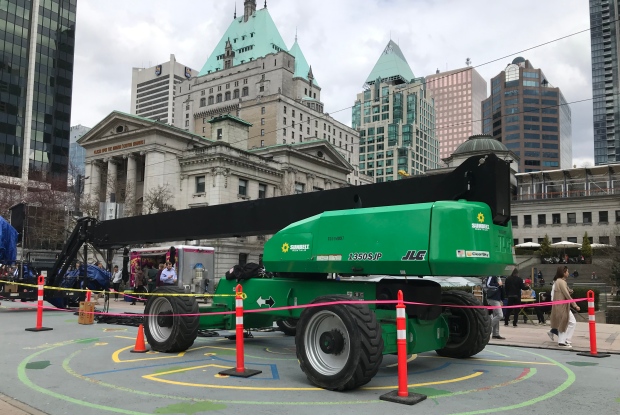 Parts of the show are filmed in Portland, but many scenes are shot around the city and other parts of Metro Vancouver. The Central City Police Department's main headquarters is Vancouver City Hall.

Several other shows and movies are being filmed in Vancouver in the coming months, according to WhatsFilming.

A made-for-TV movie called Zoey's Extraordinary Playlist was shooting in Gastown, according to notices spotted by Twitter users.

Another person noticed a series of fake Gotham City paper boxes in an alley between Pender and Dunsmuir streets Thursday that are believed to be part of the "Batwoman" shoot.

And a film notice posted at Granville and Davie Streets suggests the filming of a pilot for an ABC drama called "Stumptown," starring Cobie Smulders.