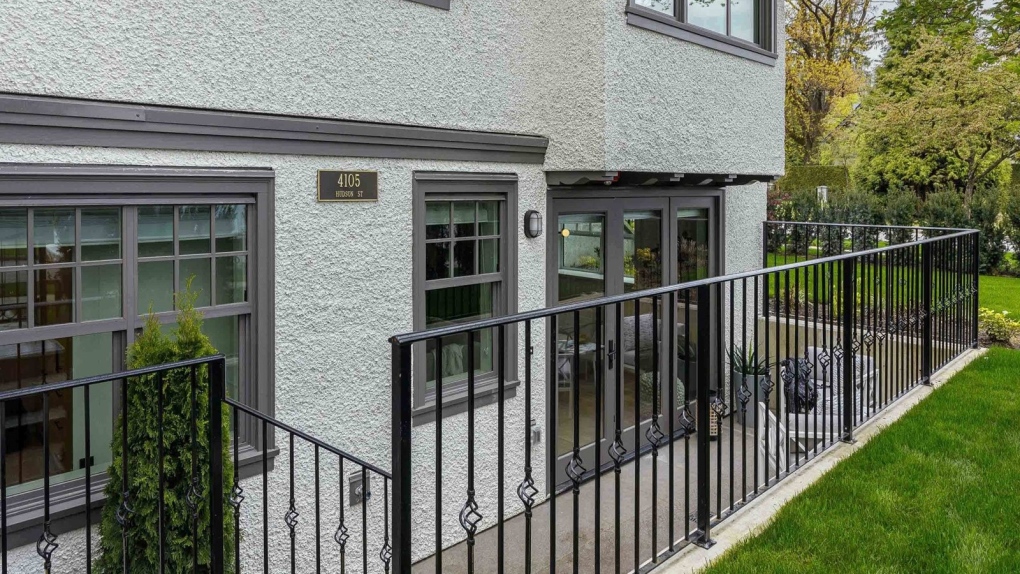 The exterior of a garden-level townhouse listed in Vancouver for $1,229,000 is shown. (Realtor.ca / Westside Realty)

It's no surprise to most would-be homeowners: anyone looking to buy a home in two major British Columbia cities must have a six-figure income.

A just-published report from mortgage rate comparison site RateHub.ca suggests those hoping to buy an average home in Vancouver need to earn about $231,950 to meet the requirements to obtain a mortgage.

That calculation includes the average home price in the Vancouver area of $1,235,900 – the highest average in the country.

It takes into account a mortgage "stress test" rate and uses the mortgage rate of 5.21 per cent for June 2022. RateHub estimated a mortgage of $988,720, and factored that into the income requirement, and tacked on $4,000 in annual property taxes and $150 for monthly heating.

The income required is based on a 20 per cent down payment. Being able to put more or less down would impact that final number.

Vancouver's required income is high when compared to most of the country, but it's also high compared to the amount needed earlier this year.

The same calculation in March, when the average home price was actually higher, resulted in a required income of $200,220. Just three months later, buyers needed $31,730 more to afford the average, according to the study.

RateHub said the goal of its calculations was to show how much the changing stress test and mortgage rates (5.25 and 3.14 per cent in March) impacted housing affordability.

In Vancouver, buyers now need an income 16 per cent higher, according to the research.

In Victoria, buyers need 23 per cent more than they did back in March.

The provincial capital now has an average home price of $985,500, meaning those looking to buy would have to bring home $187,980 a year to afford that home.

With an increase from the end of Q1 to the end of Q2 of $35,760, Victoria saw the steepest impact by dollar amount and by price, based on this data.

In fact, of all Canadian cities included in the monthly report, only homes in Winnipeg and Edmonton were affordable to those making five-figure salaries.

According to RateHub, buyers in Edmonton need an income of at least $86,770 to buy the average home, and in Winnipeg, families need to be bringing in $78,270.

Incomes in other Canadian cities examined last month vary from $108,050 in Calgary up to $179,060 in Hamilton, Ont. See more in the chart below.

Other than Vancouver, Toronto is the only city in which homebuyers need to earn more than $200,000. According to RateHub, the income required in the country's most populous city is $226,500 to buy a home at the average price of $1,204,900. 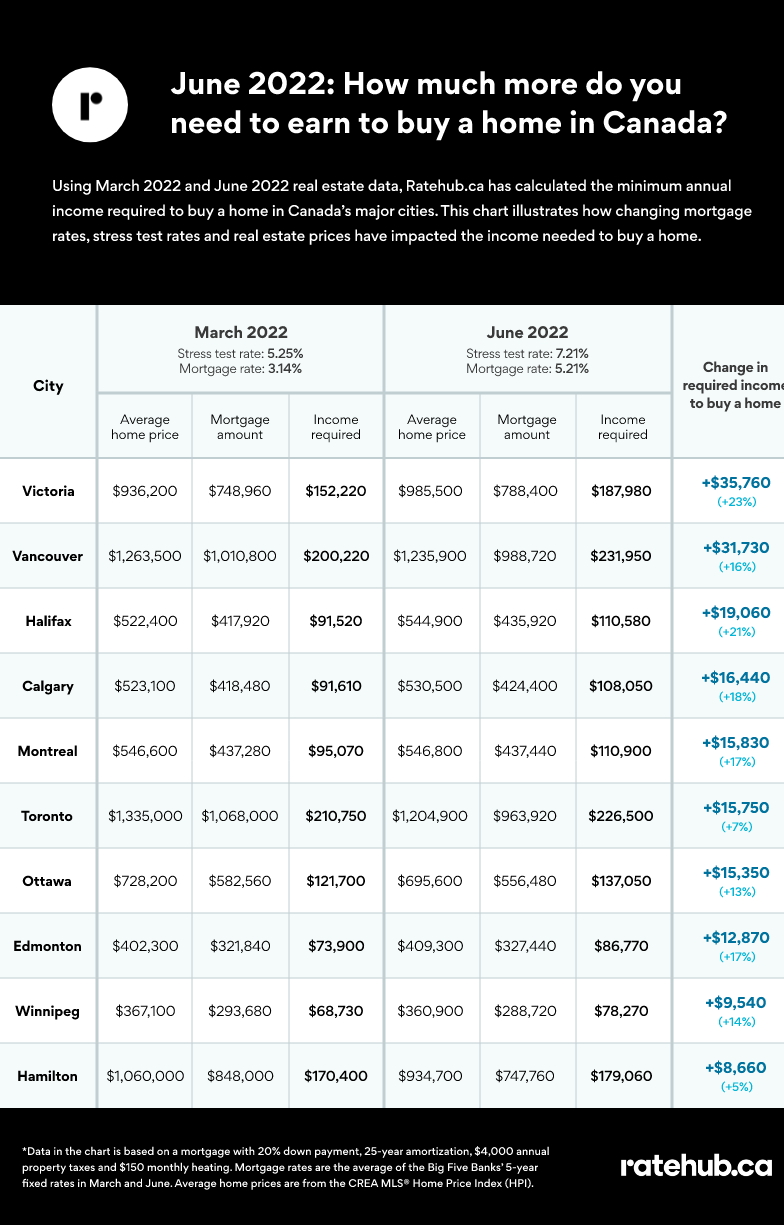