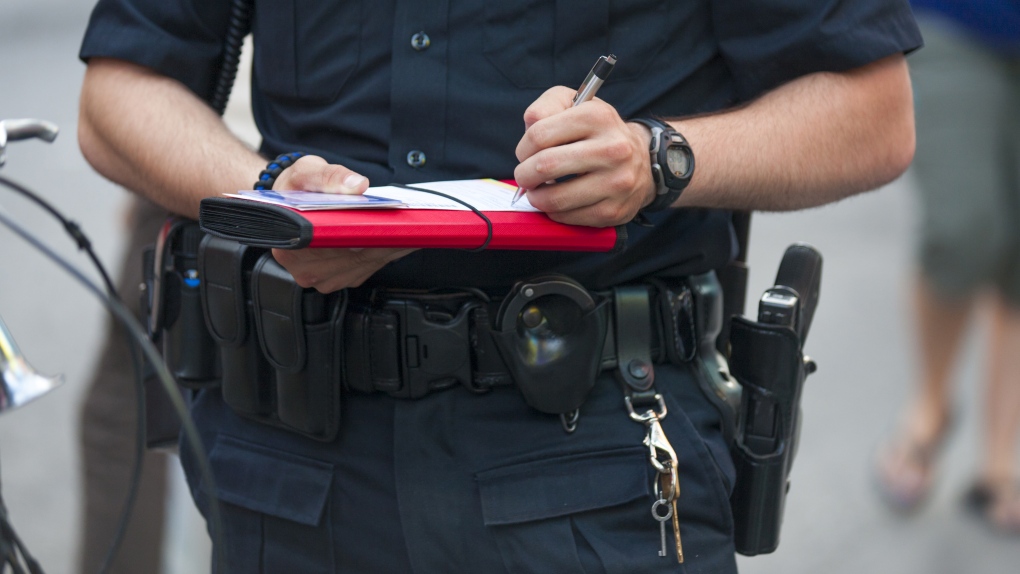 A police officer issues a ticket in this undated image. (Shutterstock)

More than a million dollars' worth in health-order and quarantine violation tickets have been handed out in B.C. since the summer after COVID-19 arrived in the province.

Fines for breaking COVID-19 public health orders were first introduced in B.C. in August 2020. The amounts of the tickets vary, depending on the offence. For example, $230 or $575 fines can be given to individuals who don't comply with a health order. However, event organizers and business owners can be fined $2,300.

Over a span of nearly 17 months – between Aug. 21, 2020 and Jan. 14, 2022 – police and other enforcement officers issued $1,630,700 in COVID fines. More than 60 per cent of the dollar value of those fines was given to business owners and event organizers who broke health orders on gatherings and events.

About seven months after the fines were first introduced, some became more expensive. For example, instead of $230, tickets for those who promoted or attended a non-compliant event cost $575. The province said 108 of those were issued.

In addition to fines for breaking B.C.-specific health orders, another 238 violation tickets were given to people who broke the federal government's Quarantine Act. The province didn't break down the cost of those individual tickets, but said the total was just over $636,500.

The province didn't say how many of these tickets have actually been paid. However, new legislation that came into effect last year means those who don't pay their fine won't only face collections, but could be refused a new or renewed driver's licence. Section 26.1 of the Motor Vehicle Act was updated to say ICBC may refuse a licence to anyone who is "indebted to the government" because they didn't pay a fine under "the COVID-19 Related Measure Act."

"That small minority of persons who have been fined for violating the rules in place to protect us all are going to be held accountable for the debt they owe," Public Safety Minister Mike Farnworth said last May, when that new legislation was announced.

Several COVID-19 orders remain in place in B.C. and this week, many were extended until at least mid-February.

Two people were struck and killed by falling trees during a severe thunderstorm that hit most of southern Ontario Saturday afternoon.

As the May long weekend kicked off, a massive thunderstorm in southern Ontario brought strong wind gusts that knocked down trees, took out power and left at least two people dead.

Marineland bans lawyer, filmmaker and scientist among others from entering park

Marineland has banned a number of people from its premises, some of whom have never visited the Niagara Falls, Ont., tourist attraction, days before the facility was set to open for the season.