Gas prices in Metro Vancouver Wednesday hit a low not seen since January of this year.

Drivers are able to fill up for 158.9 cents per litre at stations in the region. This price represents a continuation of the downslide seen at the pumps from historic highs recorded in recent months.

The low price represents a drop of more than 80 cents per litre from the all-time high of 241.9 recorded in September.

Local gas prices took a dramatic fall in the middle of October when they went from 227.9 to 192.9 overnight. Analysts explained that major shift was due to a pipeline and a refinery on the West Coast coming back online after undergoing maintenance. 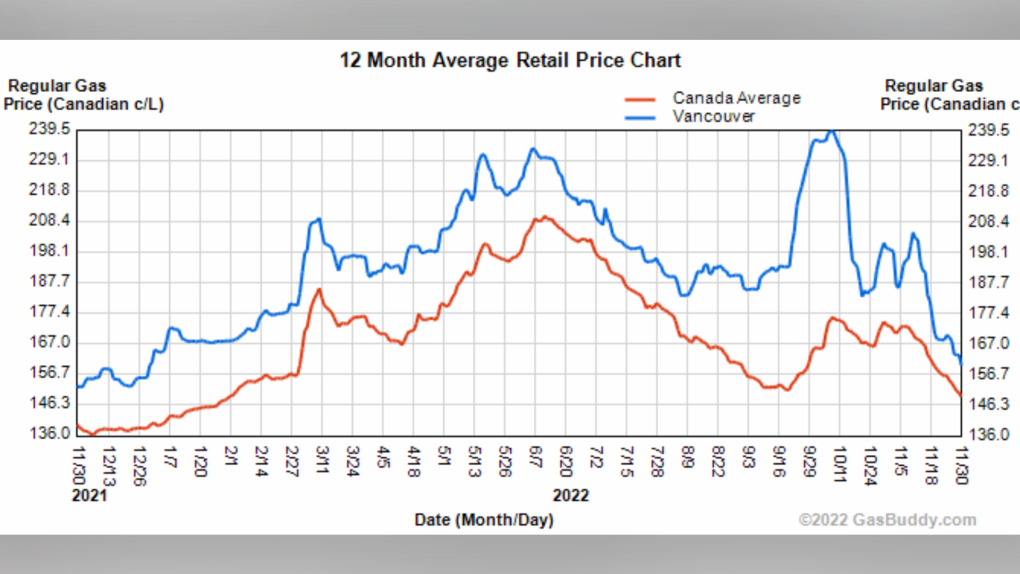 While the dip will provide some savings for drivers in the region, prices in Vancouver remain above the Canadian average and higher than in other major cities. In Toronto, motorists are paying 142.9 and in Calgary the price is 125.9.

According to gas-price prediction website Gas Wizard, the price is set to creep up three cents per litre on Thursday.