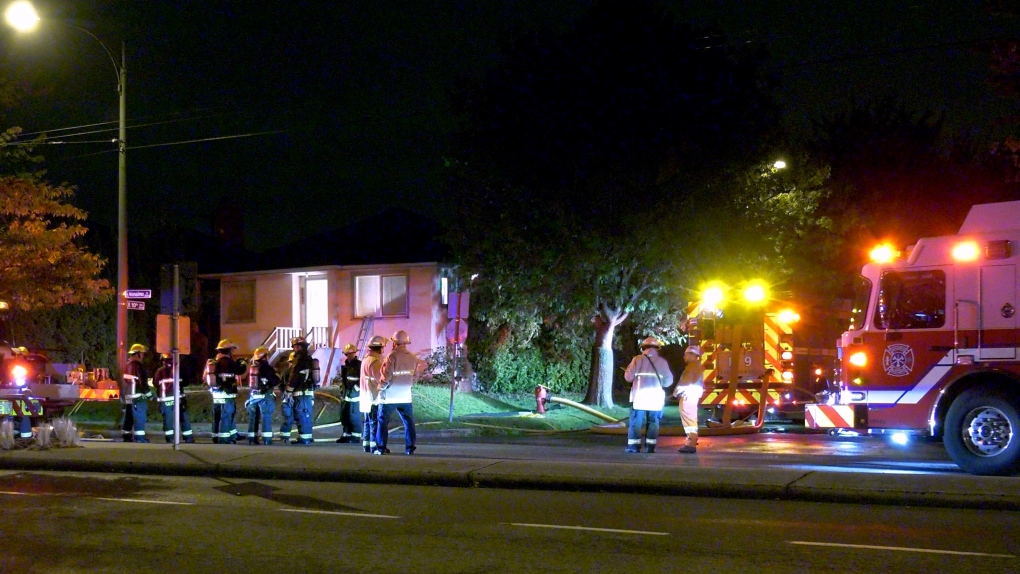 A fire spread from a fireplace to the roof of an East Vancouver home.

A fireplace caused an attic to catch fire in Vancouver Thursday night, bringing out more than 20 firefighters to battle the blaze.

"Someone noticed smoke and flames coming from the roof of the house at the corner of 10th and Nanaimo. They knocked on the door, got the tenant out and called the fire department," said Assistant Fire Chief Kevin Wilson of Vancouver Fire Rescue Services.

According to Wilson, the fire happened around 8:20 p.m., and the first crews in laid lines and made an initial fire attack.

Wilson said that the tenant of the house was doing renovations and had lit a fire in the fireplace that had burned for two hours. It was a very small fire, but it somehow created a fire in the attic.

There were no injuries to the tenant, but there is significant damage to the roof and attic area. There is also minor damage to the two floors, said Wilson.

"The crews were fantastic," he said. "We had excellent radio communication, so the first in officer gave a good size up, and it basically detailed everyone to do their job and we had a very fast fire attack."

The working fire assignment brought in a total of 29 firefighters. The fire investigator was still on scene Friday morning trying to determine the cause of the fire. Nanaimo Street was closed in both directions during the time of the fire but has since reopened.

A fire broke out in an attic after a tenant doing some renovations set a fire in their fireplace. Someone walking by called 911 and evacuated the tenant. @VanFireRescue @IAFF18 knocked down the blaze. @CTVVancouver pic.twitter.com/xJ7y1eQsng