'Every day was a different message': Family frustrated by hospital's enforcement of visitors policy 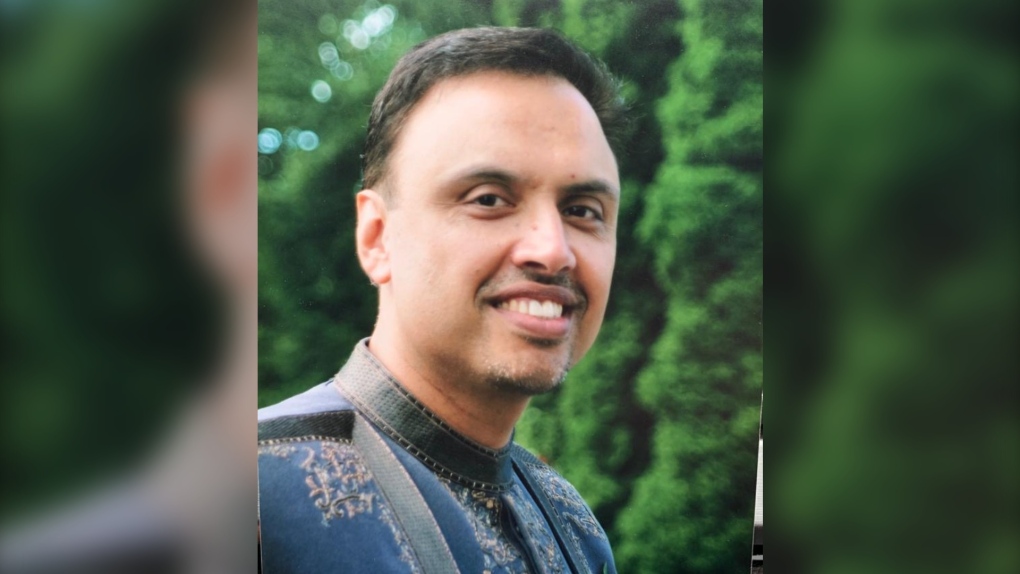 Parmjeet Grewal, 57, died on April 23. To this day, his daughter Preet Grewal says, family members have not been told his official cause of death. (Preet Grewal)

VANCOUVER -- A grieving Coquitlam family says staff at Royal Columbian Hospital failed to properly follow British Columbia's essential visitors policy while their loved one was dying in the intensive care unit there.

Parmjeet Grewal, 57, died on April 23. To this day, his daughter Preet Grewal says, family members have not been told his official cause of death.

The elder Grewal had completed cancer treatment in March, and was admitted to hospital on April 8 with pneumonia symptoms and low blood pressure. He tested negative for COVID-19.

While he was in hospital, his family attempted to set up regular visits with him, but was frustrated by the response from health-care workers.

The essential visitors policy put in place to limit the spread of COVID-19 in health-care facilities in B.C. allows for one visitor per patient at a time, and only allows visits for patients that meet certain criteria.

Among those criteria is "critical illness," which is a phrase Preet says health-care workers used in describing her father's condition.

Despite this, however, the family's efforts to set up a daily visit for Parmjeet with a single visitor - his wife - were unsuccessful.

"We were OK with us, his kids, not going in," Preet said. "We just wanted our mom to be there. We made that clear to the doctor, to the social worker, and they just kept … every day was a different message from them."

Instead of a daily visit with a single visitor, the family got two unexpected visits involving multiple people at once.

On both occasions - one of which happened before Parmjeet was transferred to the ICU and the other after - Preet, her mother and three siblings went to the hospital expecting to meet with Parmjeet's doctors, and were instead told they would be visiting him as a group, something that seemed to be against the essential visitors policy.

CTV News asked Fraser Health whether exceptions to the one-visitor limit are allowed, and under what circumstances, and received the following response from a spokesperson.

"Fraser Health's essential visitors policy at Royal Columbian Hospital, and at all of our hospitals, does allow for exceptions to be made as it applies to multiple people visiting a patient at one time. These decisions are made on a case-by-case basis and are dependent on circumstances, such as on compassionate grounds."

Preet told CTV News her family's preference would have been to have her mother visit alone, more frequently, rather than having the two group visits they got.

"Based on the Fraser Health website, we were allowed one visitor daily," she said. "Clearly, they weren't following those protocols."

The family's second visit happened a few days before Parmjeet's death. On the day he died, the family received a call from the nurse saying his blood pressure had dropped and they should come see him.

He was dead before they made it to the hospital, but they didn't find out until they were shown into his room for another group visit, this time without any of the hand-washing or personal protective equipment that had been required during previous visits.

Preet said she learned that her father had died when her sister asked why the machines in his room were no longer running.

"Before we had even gotten to the hospital, he had already passed," she said. "No one called us to let us know that."

Eventually, 15 different family members from four different households were allowed into Parmjeet's hospital room on the day he died, according to the family. There, they say, they waited for hours without receiving a visit from his doctor.

The large crowd and lack of PPE seemed, to the family, to run contrary to concerns about the COVID-19 pandemic, which serve as the justification for the essential visitors policy and had been underlying so much of the family's trouble during Parmjeet's illness.

In an email, a Fraser Health spokesperson said personal protective equipment is not required when visiting a deceased patient.

"In cases where a deceased patient did not test positive for COVID-19, family members who visit to say goodbye do not have to wear PPE," the spokesperson said.

For Preet, the whole experience is emblematic of poor communication from Royal Columbian throughout her father's illness. She said her family's anger and frustration at the process have made it harder for them to grieve.

"We don't want any other family going through the same exact situation that we went through," she said.

Asked about the Grewal family's experience during a conference call with reporters, Fraser Health president and CEO Dr. Victoria Lee said preventing the transmission of COVID-19 is the health authority's priority, and limiting visitors and visits is an important part of efforts to achieve that goal.

"I also know that it comes with sacrifices from the families and the loved ones and I certainly am sorry to hear about the family's experience," Lee said.

She said no patients receiving end-of-life care during the pandemic have had family members turned away from visiting, but acknowledged that there have been "challenges" for some.

"What's also challenging is that health conditions are not necessarily black or white or predictable," Lee said. "So, someone that may seem as though they are actually doing better can deteriorate quite quickly, and I know that our staff and medical staff have gone into heroic measures to provide solutions where people can connect with their loved ones, but I know there's been challenges as well."

Preet said more consistent communication would have gone a long way toward improving her family's experience during her father's illness, and she wants to see the hospital and the health authority commit to changing the way they operate so that other families don't have the same experience she did.

"Royal Columbian needs to do a better job," she said. "I understand it's the whole COVID situation, no visitors allowed. I understand that. But they need to be a lot more considerate for families, especially when the family members are in critical care, when they're saying they're not going to make it."