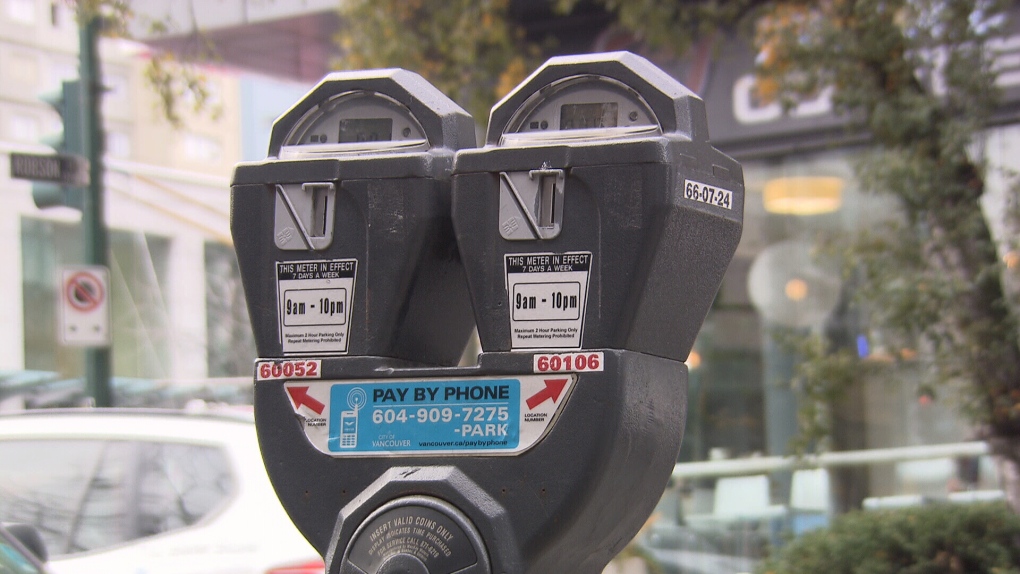 A City of Vancouver parking meter is seen in this undated CTV News file image.

Drivers in Metro Vancouver find the region is a tough place to park, according to a new poll.

Research Co.'s online survey found four-in-five motorists who drive to school or work on weekdays say it is “moderately harder” or “much harder” to find a parking spot in their municipality when they need one.

In addition, 13 per cent of drivers say they never paid the fine from the last ticket issued by a municipality, and the proportion jumps to 34 per cent for tickets issued by a parking management company.

Drivers aged 35-to-54 were more likely to say they ignore parking tickets than those aged 18-to-34 and those aged 55 and over.

Mario Canseco, president of Research Co. feels some of the reasoning behind their decisions not to pay could be due to an increase in personal productivity and that they simply don’t have the time to phone and pay fines when balancing this with their everyday family life commitments.

“Surprisingly it’s my generation; Generation X who’re not taking parking tickets seriously,” says Canseco. “It is a part of life, which needs to be respected. Maybe it will be the Baby Boomers next year who don’t want to pay.”

The study was conducted online from Nov. 24 to 25 among 513 Metro Vancouver adults who drive to school or work on weekdays. Surveys of that size have a margin of error of plus or minus 4.3 percentage points, 19 times out of 20.