Driver who was ticketed for speeding near school crashes vehicle into fence near playground days later: police 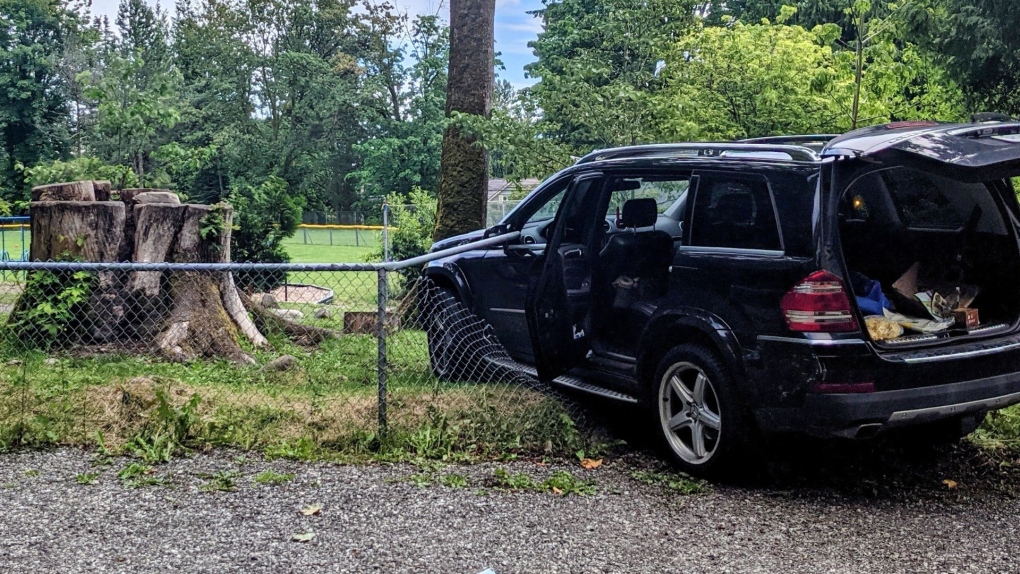 VANCOUVER -- Police in West Vancouver say it's an "absolute miracle" nobody was injured after a woman lost control of her vehicle and crashed through a fence near an elementary school's playground this week.

In a news release Wednesday, police said they were called about a single-car collision at Cypress Park Elementary School at about 3 p.m. the day before. When they got to the school, officers learned the driver had been heading towards an open parking spot when she "suddenly accelerated, crashing through a fence."

Police said she ended up near a playground, adding that there were "many children and adults in the area at the same time."

A team from West Vancouver Fire and Rescue was also called because the vehicle's fuel tank was punctured. Police said about 50 litres of fuel was spilled on to the playground.

"It's an absolute miracle that nobody was injured in this incident," said Const. Kevin Goodmurphy in the news release. "This is a stark reminder to slow down and pay attention while driving near schools."

The 50-year-old woman was ticketed for driving without due care. Police said that same driver was ticketed just a few days earlier for allegedly speeding near the same school.

"We can’t stress this enough, slow down," Goodmurphy said. "Our children are worth it."