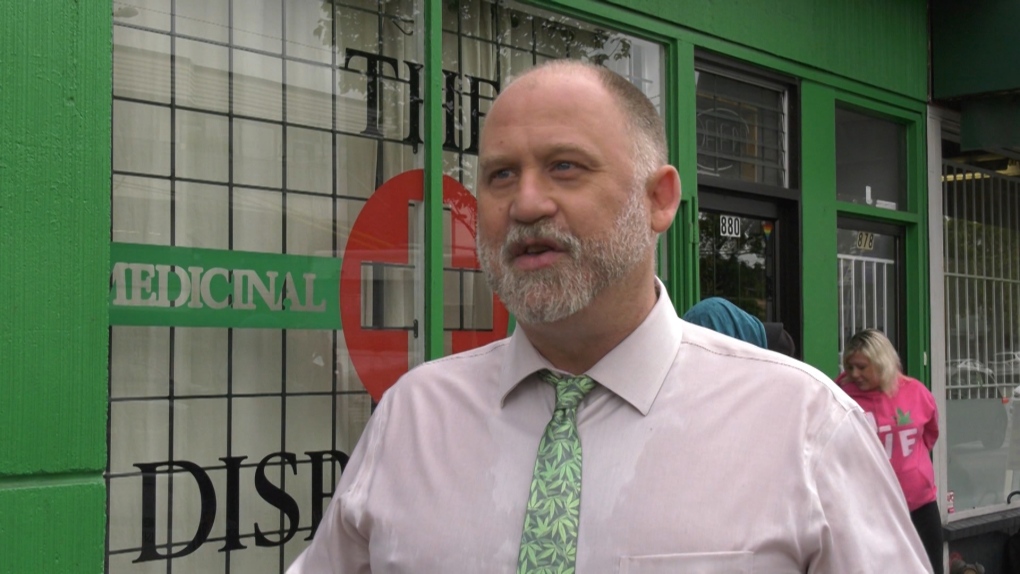 He said he'd keep his Downtown Eastside dispensary open as long as he could, but the owner of one of Vancouver's first pot shops has finally had to stop selling cannabis.

Dana Larsen's Medicinal Cannabis Dispensary at 880 East Hastings Street has been selling pot since 2008, but that changed as of 11 a.m. on Wednesday.

"I don't understand why, but that's a rule that you can't appeal to the Board of Variance, you can't change it, and the city's refusing to look at it."

Larsen's dispensary was one of nine the City of Vancouver has ordered to close their doors or face further enforcement action.

On Friday, a B.C. Court of Appeals judge turned down an application by the dispensaries for a stay on the December 2018 Supreme Court ruling that had ordered them to shut down.

"The city has been very aggressive since then," Larsen said. "They've demanded that we close down. If we don’t, they're going to threaten us with contempt of court, which would mean huge fines, potentially being banned from the whole neighbourhood and quite lengthy jail sentences."

In a release, the city said the decision means "the illegal marijuana dispensaries…must close pending the outcome of their appeal."

But the Medicinal Cannabis Dispensary isn't completely closing down. From now on, the storefront will service as an information centre, but won't have any pot for sale.

Larsen said his location in the West End will continue operations as usual.