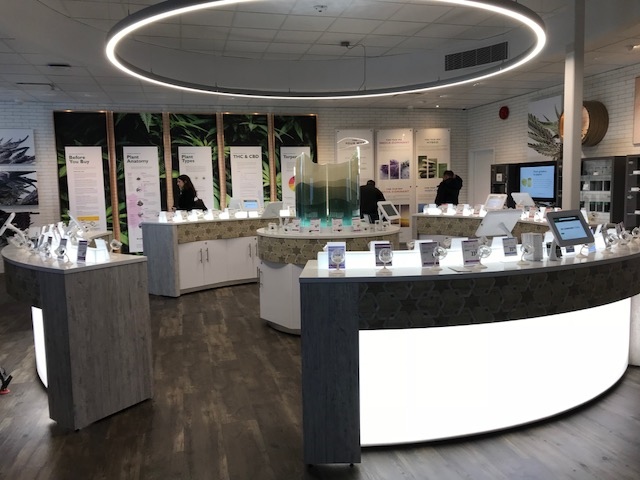 For Downtown Eastside residents, accessing legal marijuana as an alternative for harder drugs is not an easy task.

However a Vancouver city councillor is trying to change that, by ending a three-year-old exclusion zone keeping a potential low-cost, legal opioid alternative out of the area, and creating new "regulatory options and potential pathways" for a community still deep in the grips of the country's opioid crisis.

Coun. Rebecca Bligh tabled the motion titled "Cannabis as an Alternative to Opiates and More Dangerous Drugs on the Downtown Eastside," which will be discussed at the next regular council meeting on May 28.

In 2015, Vancouver's city council approved a restrictive licensing regulation for "medical-cannabis" dispensaries in the Downtown Eastside; marijuana sales are prohibited on all properties unless they have a property line on either Hastings or Main streets.

Bligh's motion suggests the intention of creating the zone was to limit the influx of marijuana into an area with a significantly vulnerable population. But since April 14, 2016, more than 3,600 people have died due to overdose in British Columbia, 1,000 of which were in Vancouver.

The councillor cites a recent study by University of British Columbia cannabis science specialist Dr. M-J Milloy, which revealed hard drug users on methadone or suboxone treatment plans were more than 20 per cent more likely to still require additional opioid treatment therapy at the six-month mark, than if they were using marijuana as an alternative.

Methadone and suboxone are first-line therapies for opioid use disorder.

Bligh says the situation on the Downtown Eastside (DTES) has gotten much worse since 2016, adding that health workers, addiction experts and other frontline workers have said the exclusion zone has "only served to further stigmatize" residents of the area, instead of protecting them.

Currently there are four locations in the DTES with approved Development Permits from the city; Bligh notes though, that in order for them to move forward with the provincial licence application phase, they would need to close doors, with no guarantee they'd be granted the licence afterwards.

The councillor claims this could effectively rob DTES residents and drug users of access to retail cannabis for the foreseeable future.

The motion also states the Vancouver Overdose Prevention Society and High Hopes Social Enterprise, a DTES support and sustainability organization, both support low-cost, legal cannabis options backed by Dr. Evan Wood, the executive director of the BC Centre on Substance Use, as well as Dr. Mark Tyndall, Executive Medical Director for BC Centre for Disease Control, and Milloy.

Bligh says a Downtown Eastside marijuana retailer could be modelled on a community store, with a social enterprise and research focus, for those who want to use marijuana as an opioid alternative but cannot afford market retail prices dictated by provincial regulations for a retail marijuana store.