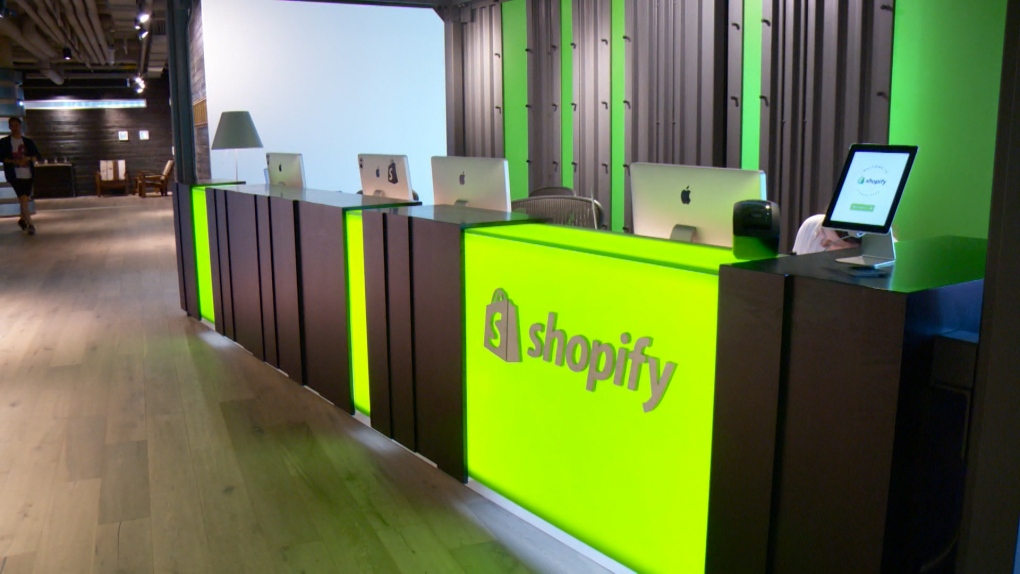 Ottawa-based Shopify is telling its employees to work from home starting next week as COVID-19 continues to spread.

VANCOUVER -- As the number of COVID-19 infections continues to grow, employers are increasingly taking steps to encourage and facilitate working from home, which health officials and disability advocates say is critical to "flattening the curve" of infections.

The City of Vancouver is now taking steps so that more employees can work from home, while tech companies from smaller Vancouver startups to big multi-national companies like Google and Apple are either encouraging or outright demanding employees stay at home to work.

Those measures to curb the spread of infections at the urging of health officials are coming as a relief to immunocompromised members of the community who worry people forget it’s not just seniors at risk of serious illness and death if they contract COVID-19.

"One of scary things about living with rheumatoid arthritis is that one of the main causes of death for patients is respiratory disease," said disability advocate Eileen Davidson. "I've started to limit how much I'm going out. I'm carrying extra hand sanitizer and starting to stockpile a little bit of food and supplies that I know that I will need and my son will need if things do get bad."

The Burnaby mother says going to doctors’ appointments in Vancouver with public transit have become a stressful experience, especially since her weak joints mean she’s constantly grabbing at railings and surfaces to steady herself when she wobbles.

"It makes me really think, 'did I clean my hands properly after I touched the hand rail there or when I touched the elevator in my doctor's office?’ The thoughts just keep multiplying and I can see why a lot people are getting anxious about it because we can control what we touch, but we can't control what other people have touched," she said.

The federal government announced a $1-billion COVID-19 aid package on Wednesday, including eliminating the wait time for employment insurance payments, among other measures. A statement from the prime minister’s office added, "We are exploring additional measures to support other affected Canadians, including income support for those who are not eligible for EI sickness benefits."

Canada’s top doctor said keeping sick people away from the workplace is a key measure in the fight against COVID-19 infections.

"The majority of cases, if we look around the world, are actually in working-age adults and so business continuity and work planning using these scenarios are very important," said Tam. "That's why the supports for people to do what local public health is asking them to do is just so important."

Prime Minister Justin Trudeau acknowledged that at this point officials are just hoping to curb the rate of infections so they don’t overwhelm doctors and hospitals with severe cases.

"We know that what is extremely important right now is that every Canadian does their part to arrest the spread of this virus, to slow the infection curve we're seeing elsewhere around the world," said Trudeau, referring to the surge of infections seen in places like Italy, which are flooding hospitals with severe infections that outstrip the medical resources available, like ventilators.

"We know that by keeping a slow pace for the spread of the virus we will avoid over-burdening our health care system and more people getting the illness, so we need to make sure everyone is given the tools they need -- whether it's figuring out how to stay home from work and work from home…whether it’s making smart decisions around shaking fewer hands, washing your hands more often."