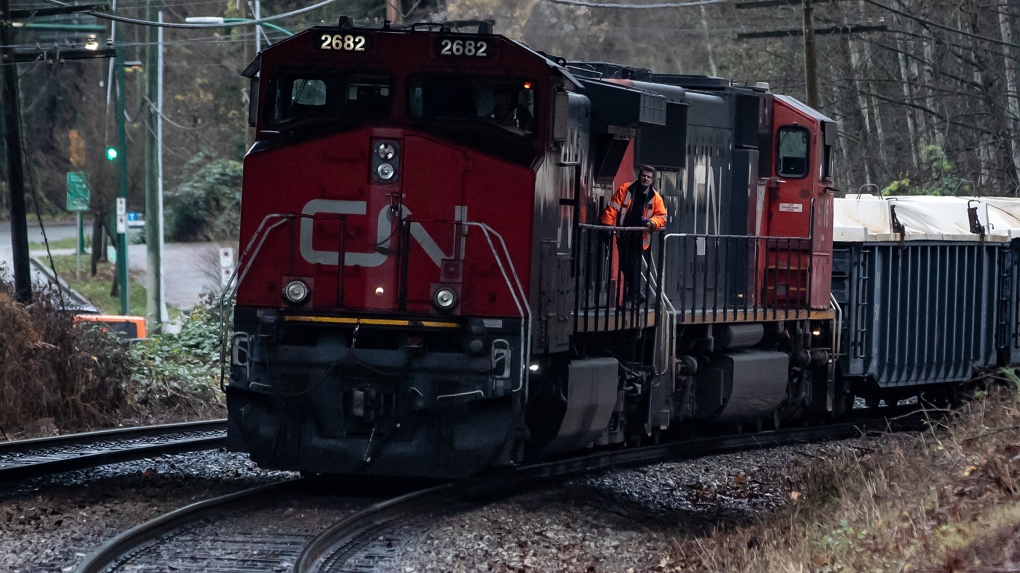 The rail corridor was damaged during the historic rainstorm that struck southwestern B.C. in mid-November, causing landslides and washouts that wreaked havoc on provincial infrastructure.

CN restored limited service on the corridor in late November, but opted to close the rail line "proactively" last week as more atmospheric rivers bore down on B.C.

The corridor remained closed through the week before reopening Sunday.

"CN would like to thank first responders and all emergency management officials for their support and dedication throughout this ordeal," the company said in a statement.

"CN crews will continue to monitor both the rail infrastructure as well as the terrain over the coming days and weeks."

Last week, Canadian Pacific Railway told The Canadian Press that service in the region is ongoing, including to the Port of Vancouver.

CP has said it needs access to CN tracks on its busiest corridor where they share rail infrastructure in order to maximize capacity.

The reopening of CN tracks is another sign of the slow return to normal for B.C.'s supply chains. Sunday also saw the restart of the Trans Mountain Pipeline for the first time in nearly three weeks.

Highway 99, which was closed by a mudslide between Pemberton and Lillooet for most of last week, reopened on Saturday, though commercial vehicles are not yet allowed on the road.