Chris Pratt gushes over B.C. scenery while in province for 'Jurassic World' sequel 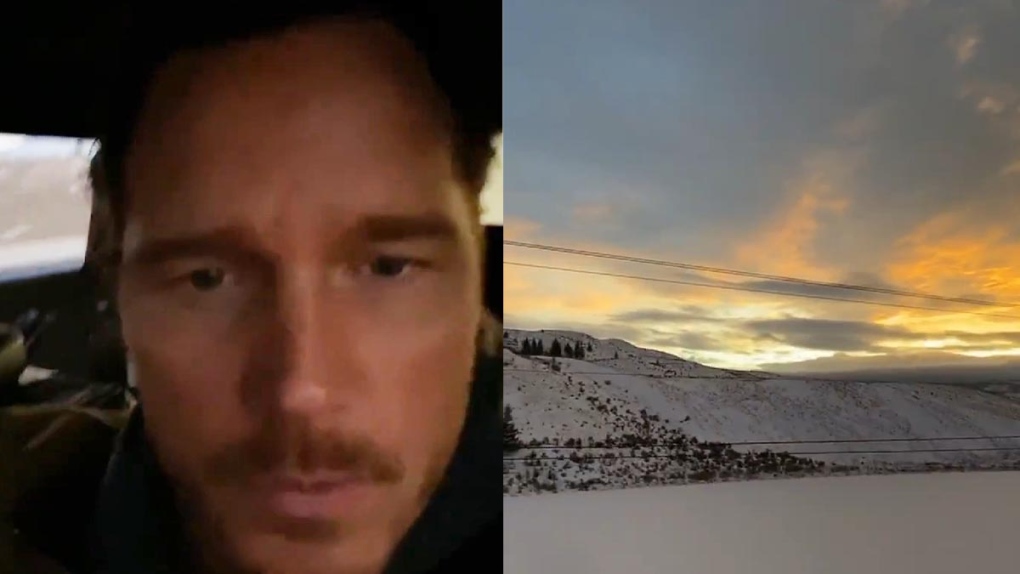 Hollywood superstar Chris Pratt is the latest celebrity to be wooed by B.C.'s beautiful scenery. (Instagram/prattprattpratt)

The action star is currently shooting the film "Jurassic World: Dominion" in the B.C. Interior, and recently shared a video of the scenery with his nearly 28 million Instagram followers.

"Kamloops, British Columbia is so beautiful," Pratt says in the post. "Good lord, that sun. Wow."

The "Guardians of the Galaxy" star later shared videos of a ranch, where he visited two days-old Suffolk sheep named "Rolly" and "Polly," though it's unclear whether it was in B.C. or neighbouring Washington.

His latest film is the third in the "Jurassic World" movie series. The blockbuster sequel is shooting in B.C. from Feb. 24 to March 6, according to a recent casting call for local actors.

Pratt is far from the first celebrity to be wowed by the picturesque views in the province. Dwayne "The Rock" Johnson raved about the view from his Vancouver hotel room while filming the 2017 action film "Skyscraper," and Kelly Ripa described being "blown away" by the scenery after visiting B.C. twice within the span of a few weeks.

Kate Winslet enjoyed spending time in Hollywood North as well – particularly while eating treats from Honey's Doughnuts in Deep Cove. Even after leaving the province for the Toronto International Film Festival, Winslet told reporters she "pined" for the pastries.

"Aquaman" star Jason Momoa fell in love with a Vancouver's Marutama Ra-men restaurant, confessing to having a "small addiction" on Instagram, but wasn't such a big fan of the accommodations. He ended up trapped in an elevator at a luxury hotel downtown for hours with nothing to do but eat M&Ms and drink beer.